All About Microsoft’s TypeScript

On October 1, 2012, the giant of computing, Microsoft was back into the news and this time with the promise of bringing something new for the developers. For years JavaScript has been the big daddy for developers creating client-based applications. Development for HTML5 has also been possible largely because of JavaScript. Many developers will say that JavaScript is not a full-proof programming language. But in the absence of something better, JavaScript has been providing all the solutions for development. It is true that there have been many variations and alternatives to JavaScript in the form of CoffeeScript, Google Dart etc. but none could replace JavaScript. In such a scenario, Microsoft announced TypeScript, the touted typed superset of JavaScript. 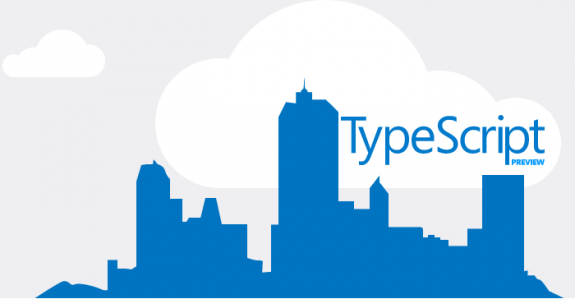 What Does TypeScript Promise and Contain?

If you are a developer and want to develop an application-level program and you are looking for an alternative to JavaScript, TypeScript is the probable answer for you. A syntax which is similar to JavaScript but with a whole new set of advanced features, TypeScript promises to make development easy.

The brainchild and the result of the efforts of Microsoft programming language guru Anders Hejlsberg, TypeScript has the source code licensed under Apache 2.0 and can easily be found on Codeplex. According to Microsoft, TypeScript’s design is suited for large scale application development. The interesting part about TypeScript is that Microsoft doesn’t promise it to be different from JavaScript or to revolutionize programming completely, but what it does reaffirm is that TypeScript has been developed to help JavaScript especially for HTML5-based development.

Some of the noteworthy features of TypeScript are:

Interestingly, Microsoft, which has always been known to be very rigid about its source code, always guarding their codes with outmost care, has made TypeScript open source and freely available. This will help TypeScript complement JavaScript in several ways and developers will not hesitate experimenting with the new programming language. If you want to test TypeScript out, Microsoft offers the TypeScript online playground which is the virtual playground for you to test its features. The fact that TypeScript will also be available as a Visual Studio 2012 plugin will also widen its opportunities largely.

Why Will TypeScript Work For Developers?

As already stated, Microsoft has continuously reinstated that TypeScript has not been released to compete with JavaScript but in fact it will complement the same. Microsoft has borrowed from all the present languages and environments to build TypeScript and this has surely worked to their advantage. Taking cue from Dart, it supports structural subtyping and makes static type checking optional wherein you can avoid static type checking if you don’t want to and instead go for the JavaScript style dynamic type checking.

So, the big question remains whether TypeScript works an alternative to JavaScript or not? Many programming languages have been launched in the past to counter or support JavaScript such as Dart and CoffeeScript but nothing has caught the fancy of the developers. So what is the guarantee that TypeScript will magically work for the developers? Surely there isn’t any guarantee as such but the initial look at the program makes one believe that Microsoft has come up with some serious alternative to JavaScript and is in no way competing with the same. There are a few areas where Microsoft has shown lots of promises (such as the Visual Studio Plugin and the ability to use TypeScript to program larger applications). However, it is still too early to predict the future of TypeScript. Since Microsoft hasn’t radically moved away from JavaScript (like Google did with Dart), it runs the risk of becoming just another language which is similar to JavaScript.

This post is shared by MarkupBox, a specialized PSD to HTML Conversion Company, backed with years of experience and diligent professionals. We also offer software implementation service like PSD to WordPress, PSD to Magento, PSD to Joomla and PSD to Drupal and much more.