Streaming services are practically everywhere nowadays from popular platforms such as YouTube and Facebook, to more specialized content streaming such as Netflix and Hulu. However as much as these services are great at delivering content quickly and conveniently to users, none of them have an easy way to save videos so that they can be watched later. 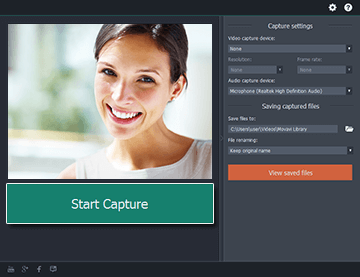 While it can be argued that with internet speeds as they are now there is no necessity to save streaming videos – that isn’t always the case. It could be that your internet connection is spotty, or perhaps you want to save a video using your broadband connection and then transfer it to a mobile device so you don’t eat into your mobile internet bandwidth capacity – suffice to say, being able record streaming videos directly on your Mac would definitely help.

The good news is that it isn’t actually that hard to do so and the Movavi Screen Capture Studio for Mac actually makes it quite straightforward:

Not only can you record streaming video on Mac in this way, but you can also use the other features of the software to help you out too. For example, if the recording stops midway for whatever reason you can merge two halves together rather than having to start the recording all the way from the top.

Aside from being able to combine video segments, you can also cut them and get rid of unwanted footage, enhance the video quality, use stylish transitions between scenes, add background music, insert customizable text, and so much more.

Long story short, the Movavi Screen Capture Studio for Mac will give you all the tools you need to record videos from streaming services and then edit them to improve their quality or even to create your own videos. While some of this may sound complicated it is really just as intuitive as the process of recording the videos in the first place, and so you shouldn’t have any problem getting used to its features.

Go ahead and try the features out to see firsthand exactly what you can do with the Movavi Screen Capture Studio for Mac.