Many people feel that mobile devices, social media, and digital marketing have fractured modern marketing. But, is this true? If you’re not familiar with its evolution, you might be surprised by what the analysis of data has found and how it will become the catalyst for improved digital marketing. 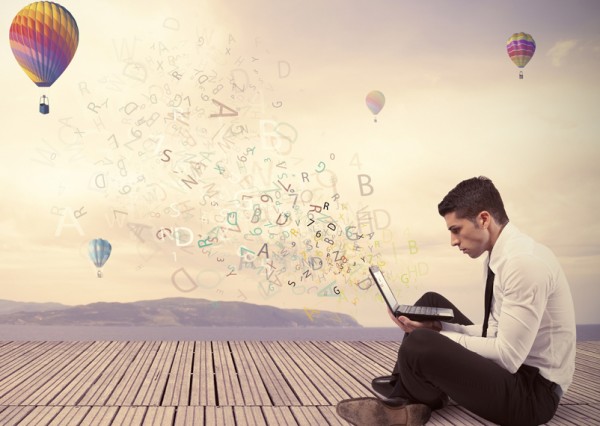 The Evolution Of Online Marketing

In 1993, online marketing was simple. The first Internet ad was sold by Global Network Navigator (GNN), which was a company formed as a subsidiary of O’Reilly Media.

When it was bought out by AOL in 1995, things changed.

AT&T bought the first banner ad ever, on Wired’s website, made by Modern Media. Pay-Per-Click, as a platform, was still a long ways off, but Planet Oasis made the first reference to it back in 1996. By 1998, Yahoo! had become a major Internet company, acquiring GoTo.com (renamed Overture in 2001) and created the first keyword-based search advertising platform.

This was quickly followed by Google’s Adwords platform in 2000. And, once Google had entered the game, some good SEO services started to spring up focusing on optimizing Adwords ads on the platform.

By 2005, Google’s platform was fairly robust, and it released its Analytics program, Google Analytics. Two Years later, it would release its Adsense program for publishers to take advantage of revenue sharing on its ad platform.

But, by 2004, just when everyone was comfortable with the marketing landscape, a small startup, Facebook, came onto the scene. And, by 2006, it had launched its own ad platform to compete directly with other pay-per-click platforms, like Adwords.

In 2007, however, Facebook upped the ante by allowing advertisers to target user demographics on its site. Companies like ExitExchange, Twitter, and Google, were all trying to change and enhance their platforms to compete.

By 2009, Internet advertising had overtaken TV ad spend for the first time in history. In 2013, both Facebook and Google announced major changes to their ad platforms, including the introduction of video ads on Facebook and enhanced ad campaigns for mobile devices on Google’s platform.

How Digital Changed Everything

Digital changed the way marketers spent their money. It’s easy to forget that, before the Internet, the primary ad medium included newspapers, magazines, and trade publications, along with direct mail.

Online advertising eliminated the cost of paper, postage, and time to delivery. It sped up the process of testing, made ad tracking much easier and less expensive, and pushed down the cost of advertising.

Some believe that the biggest threat to traditional advertisers was the digital revolution, and specifically giants like Google and Facebook.

How Social Media Threw A Wrench Into Online Marketing

When Facebook came on the scene in 2004, not many advertisers took notice. It wasn’t until it launched its ad platform that things got scary. When Twitter followed suit, along with LinkedIn, and other social media platforms, it was clear that social media had something that older ad platforms didn’t: user demographics.

Users were willing to give social media platforms all of the demographic information they wanted and needed because this was how users could connect to other users, make “friends” and share common interests with other users.

Older marketing platforms, the most successful of which relied on a pay-per-click platform or media buys, did have demographic information, but it was much more limited. And, there wasn’t an incentive for users to continue sharing personal information beyond what was necessary to use the core service (e.g. Google search).

Social media companies changed how the marketing game was played by collecting data that could be used for hyper-targeted ad campaigns. Additionally, lower cost advertising could be done on these platforms.

What Mobile Devices Did To Marketing

Pew Research has been tracking mobile device usage for the past several years. It consistently finds that mobile usage increases every year, with 63 percent of cellphone users using their phones to surf the web. A full 52 percent of users use mobile devices to send and receive email. And, 50 percent use it to download apps.

It’s through these channels that advertisers have had the most success: email, Internet-based ads, and in-app ads.

Mobile forced marketers to adapt to the way users used their devices and how they accessed the Internet.

The Future Of Marketing

What’s the next innovation in marketing? Probably content marketing – but not the lame article directories or publish and pray tactics that have been hyped over the last year or two. Content marketing is now the second largest component of digital marketing budgets, and content creation and management are the second-biggest expenditures small businesses and enterprises take on to get their brand out there.

Competition is fierce, but it’s about to get even more so. Tomorrow’s content marketing will be more than just articles, video, or infographics. It’ll be a tight integration of mobile, social media, and relevant information users want to consume “on-demand.”

Anthony Yap is the principal search marketing consultant at eBusiness Masters with over ten years experience in successfully ranking websites in the top of the search engines. His technical background in computer engineering makes him ideally suited to understand what the search engines want. As a successful business consultant, he also knows the various intricacies and unique aspects of a business and custom tailors a web marketing plan for each company.