Android: So easy, even an Elephant can use it

The Galaxy Note is a large phone, a very large phone. So much so that Samsung’s newest advert features the phone being used by an elephant. In the adorable video (posted below), Peter the elephant can be seen playing all many of instruments right on the galaxy note screen. Whether a testament to the ease of the Android OS in general or the the functionality of the device itself is up for debate, all we know is the cuteness factor is through the roof. 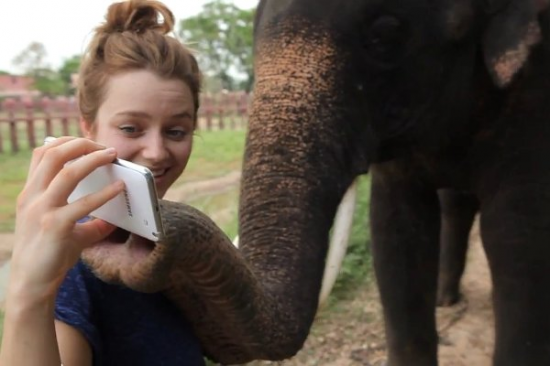 Peter the elephant not only shows off his musical mastery but too skims photos and draws a picture. The latter looks uncannily as though he is sketching a self portrait. It could easily be argued that the premise of the advert is irrelevant, I mean what does the Galaxy Note have to do with an Elephant? According to this writer it is perhaps something to do with its size. Casting light on the fact that if an Elephant is able to use it, surely even those with the largest hands can do so too.

Considering the phone upon release was criticised for its refusal to conform to traditional stereotypes concerning size – many said it was neither phone nor tablet – the sales speak for itself. According to Slash Gear the phone has sold over 5 Million units already. This is an astonishing figure really. This is yet another stride forward for Android. Not only are sales increasing, the Guardian recently reporting they are the most installed operating system on phones sold in the UK but also with the emergence of the Google Play Store. This, according to Google Chairman Eric Schmidt is an attempt to provide Android users with a fully functioning ecosystem in which to access a whole host of data not available on Google’s former Android Market.