Who does not know about the Android Market of Google and obviously it is hitting billions these days! To be accurate 11 Billions downloads are gaping at the world! Astonishing, isn’t it? But, I would say that what else did you expect from Android and Google? They were supposed to make their mark on the IT world and they did it by the BILLIONS! 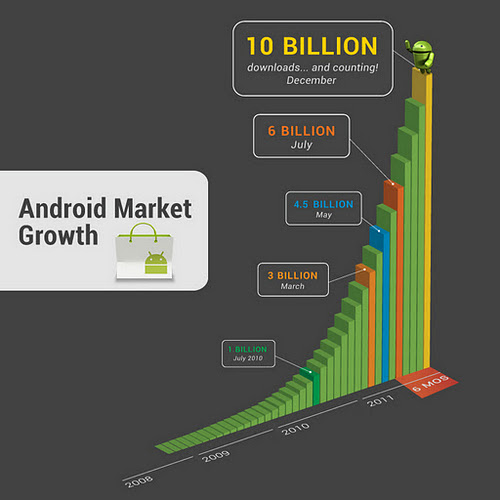 Google recently released out the result of its 4th quarter earnings for the great year of 2011. And guess what could be the hot spot in the news with that result report? Definitely, the fabulous Google’s Android OS stirred a wave of excitement in the IT industry! According to an estimate the Android OS by Google has been able to scratch 11 billion successful downloads! It sure gave me Goosebumps! 11 billion is certainly a HUGE number, and I wonder what Apple and other competitors would have in store after this stir (chuckles!).

Now, those of you who may still be a bit unsure of what the Android is (well, that has to be a cause of utter shock to me, if anyone still have no idea about Android), here is a quick recap of all info for you!

Android – What Is It? 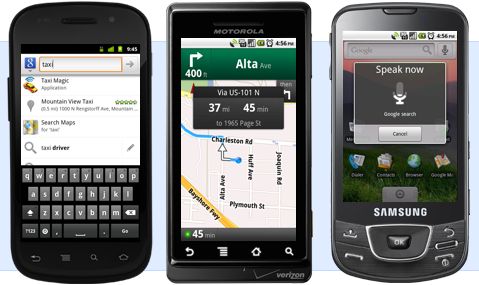 Android is primarily a Linux-based OS that has been developed for the mobiles (for instance, smartphones or the tablet computers). Android OS has been developed by (any guesses?); Open Handset Alliance which is led by Google (the famous!). Google bought the primary developer of Android Software, way back in the year of 2005.

Android distribution was initiated back in 2007 and I must admit that whole world went nuts after this OS. Android OS has a number of developers that are working diligently to enhance the Android apps-family. Till the October of 2011, there were an estimated 400,000 Google Android apps available for downloads. This, certainly, justifies the 11 billion markup figure for the downloading of Google Android apps.

In these 11 billion download statistics, everything from the Android Marketplace has been included (whether you talk about games, music, movies, apps etc). Moreover, the statistics also confirmed that there are around 250 Million Android devices being used out there! I must acknowledge that people seems to be, definitely, infatuated by Google Android OS!

Achieving a figure of 11 billions has been a milestone for Google Android Market and they are, understandably, aiming for more and more. Google says that they are unleashing almost 700,000 Android tablets and smartphones on a daily basis. This simply means that if Google keeps working at this pace, the figure will reach to a handsome number of 255 Millions by 2012 and by the end of 2012; it would possibly cross 500 Million! That astonishes me! Android craze is amazing, but what iPhone has in store for it?

All in all, the figures are undoubtedly amazing on part of Google and Google’s Android Market is thriving marvelously everyday! It makes me curious to wait for the actual figures by the end of 2012.