Integrating Video Ads into Mobile Game without Undermining Game Experience: How to do that?

There are a plenty of ways to monetize a mobile game and video advertising is one way to do it. It is a big business and 35% of mobile game developers are already using video ads in their mobile games to generate revenue.

Here are some stats of different types of video ads. 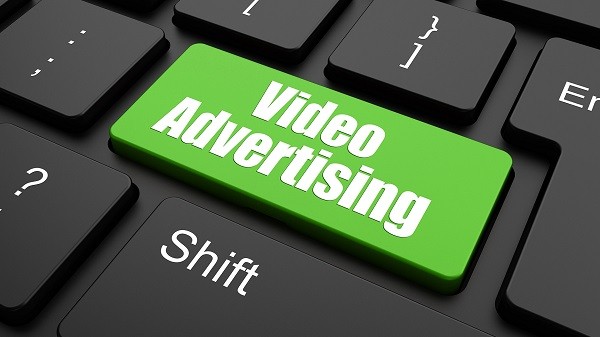 The best act for a publisher is how to incorporate these video ads without disturbing the user experience. The ads drive the most of the revenue, but they create a big break in game play, especially when the user has to watch the entire video ads.

The publishers can do a lot of work to minimize the bad impact of these ads on the user.

Video ads can be of varying length, but the standard industry length is from 15 to 30 seconds. There are basically two types of video ads.

Further, both the video types have two types of implementation.

On the other hand, the user can skip the content of the unforced video ads using the close button. This generates lower revenue, but they provide a great user experience.

Voluntary ads are considered as the opt-in ads and the user has to initiate the video ads. The user is also rewarded with a virtual item for watching the ads. On the other hand, the involuntary ads appear on the screen with the user’s consent. These ads are generally displayed at certain levels of the game.

Here are some of the ways that not only make the players happy, but also make them watch the video ads.

The rewarding ads need to have real value. The users will spend 30-40 seconds of their time watching the ad and it is a big deal for them. If the ad seem useless to the users, they will never click it.

In-app purchases are the best way to add value to the ad as every character unlock will cost a dollar to the user. Even you can earn to unlock random characters by watching these ads.

Read value of the ad will work when the users will associate a character with a dollar. If the ads are placed at the right location at the right time, the players are able to see the video ads as something that can enhance the game, rather than distracting the users from the game.

Interstitial ads will pop up on the screen without the player choosing to watch them and they can monetize the players that would not make an in-app purchase. If the publisher seriously wants to use the ads, then they need to be perfectly timed so that they won’t distract the user from their playing experience.

The perfect rule of adding the video ads is that they should not make the user go out of the game for a second also.

It is necessary for the publisher to choose the right ad for the users and it is a big decision to choose between the interstitial ads and the opt-in ads. The right choice will only make the users feel comfortable about the ads. The video ads should offer a natural breathing space between the hectic rounds of the game.

If the players of the game are not much engaged and scattered throughout the game, then choosing the interstitial ads can be an ideal option.

Sometimes, the rewarded videos are hidden in the depths of the in-game store and this avoid most of the users to not see the ad opportunity as if he or she has decided not to do any in-app purchase, there is no reason for them to visit the app store at any time.

The publisher should always look for the opportunities to add the opt-in video ads in the game without disturbing the user. The game designer should also be convinced about this that the videos are an important part of the game experience.

Is Your Game a Good Fit for Video Ads?

There are many new game genres coming in the market nowadays and it is important for you to understand the basic requirement of video ads in the game. Let’s have a look at the types of games that are generally considered good for video ad monetization.

The monetization strategy is solved in one step if the game is paid. The player pays for the app once and he or she will not be asked for any further purchase. But, if the game is free, the players will most likely to see the ads in it.

There are certain genres that are considered good for video ads as compared to others. The action games are a perfect fit for ads as the player progression is set up and this is not there in other genre games. If the game has a virtual monetary system, for the players, then also it is considered a good fit for the video ads.

Where to Integrate the Video Ads?

The video ads should not be injected in-between the mobile game as these forces the players to see the ad by decreasing the playing experience. But, there are a number of integration ways that the publisher can focus upon, without compromising the structure and flow of the game.

If the game is divided into two levels, then it is good to give a boost to the player at the end of the first stage so that the user do not feel disturbed and this will energize them for the next play level.

If the game has some points that make him or her to think for few seconds, you could offer the player a hint along with the video ads. This will never distract the user from playing the game.

If the game has different levels or stages or the player at some stage is going to die or fail, then you can offer a small burst or a chance to increase the score they obtained in their last level where they left off.

By taking into consideration the above ways, you could probably start monetizing the app using the video ads more effectively. Video ads can be used with non-game apps as well, but they should obviously be placed at natural breaks in the content of the app.

Chirag leuva is the CEO of Yudiz Solutions, an Android game development company; where he works to bring client ideas to reality. He enjoys pushing the limits of user interaction and finding ways to create awesome reusable components within a mobile environment.