The mobile revolution really began with the first mobile phones. These were little more than phones you could take with you, and their only function was to get in contact with people. Coverage was poor and quality was just as bad, but the novelty of being in touch, no matter where you were was a huge draw. Well, in touch as long as you could get a signal, anyway.

The next development was text messaging, allowing you to communicate without actually having to talk to the other person. Not everyone had that capability, and it took a while to catch on. But now, many people use texting more often than they actually call people. 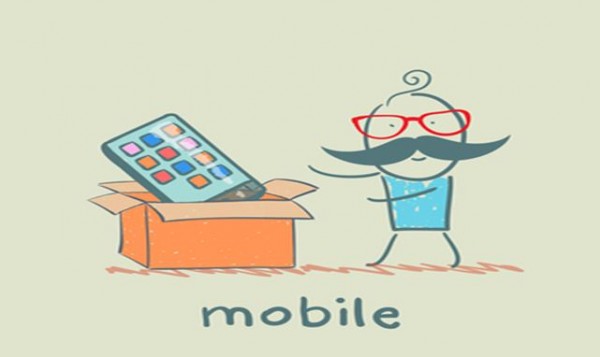 One of the earliest apps developed for mobile phones was a small directory where you could store your frequently dialed numbers. For many devices, this was no more than associating the 10 number keys on your phone with a number, but not a name. As devices became more sophisticated, the ability to store more numbers, with actual names associated, was quickly in demand. Now, your phone doubled as a personal phone book.

App and web developers also looked to add features that would distinguish their devices from the rest of the pack. The earliest apps, beyond contact lists, were the features that came already installed on the phone. There was no way to add them, so you had to buy a phone that included them. By the way, this was one way that manufacturers built interest. A sort of planned obsolescence, new features required the purchase of a new phone.

As developers worked to expand device capabilities, they often included simple “time waster” games. Games were extremely rudimentary and were operated using the keys as a joystick substitute. Although not much use, the various games actually enjoyed significant popularity, indicating the entertainment value possible as devices continued to evolve.

But it wasn’t just simple games that made phones more useful. Early devices also began to include calculators, contacts and calendars, blending phones with Personal Data Assistants, and really foreshadowing the decline of the PDA, which was also enjoying a degree of popularity at the time.

Developers struggled to include as many features and apps as possible without severely crippling the device due to power drain. Unfortunately, phones were still not customizable. You got the features that came with it. If it didn’t have a particular function, you were just out of luck. That all changed with the introduction of Wireless Application Protocol (WAP) and easy (sort of) connection to the Internet. Now, users could connect to the web and choose the applications that were most useful to them.

As demand rose, developers and operators like Android and Apple created app stores where users could quickly and easily browse for apps that they wanted on their devices. Well, relatively easily, since the huge numbers now available can sometimes make it hard to figure out just what you are looking for. But now, users can determine how they want to use their devices. Online banking, shopping, video and games are all available, allowing almost complete customization.

In addition to apps of a general variety, many businesses have developed apps that tie directly into them. Banks have mobile apps that allow you to check balances, transfer funds and pay bills. Airlines have made it possible to purchase tickets and store boarding passes and other information on your device. Online retailers have shopping apps to make it easy to buy on the go. For virtually any business with and online activity, an app can probably be developed.

As users find new ways to use their phones, new apps will be developed to help them. Photography has changed as cameras on mobile devices have gotten better, and apps to manipulate and share these snapshots continue to advance. Interconnections between phones and other devices, like televisions, gaming systems and home automation turn mobile devices into sophisticated remote controls. As users become more mobile in their connections, who knows where the next great breakthrough will lead us? As operating systems and mobile hardware become more sophisticated, rest assured that apps will continue to advance as well.

Asher Elran is a practical software engineer and a marketing specialist. CEO at Dynamic Search and founder of Web Ethics. Asher is enthusiastic about all things concern killer content, creative marketing, and CRO.