Recreating the Glories of the Past: The Medieval Industry

There’s been a revolution in the way that reproduction arms and armor are made. A community of enthusiastic amateur re-enactors and roleplayers who used to painstakingly hand-make all of their equipment have matured into a fully-fledged medieval industry. People who want to participate in Renaissance Faires, re-enactments and Live Action Roleplay no longer have the significant barriers of staggering costs and small-scale fabrication – now, medieval reproduction manufacturers are bringing affordable, high-quality equipment to everyone for the first time. 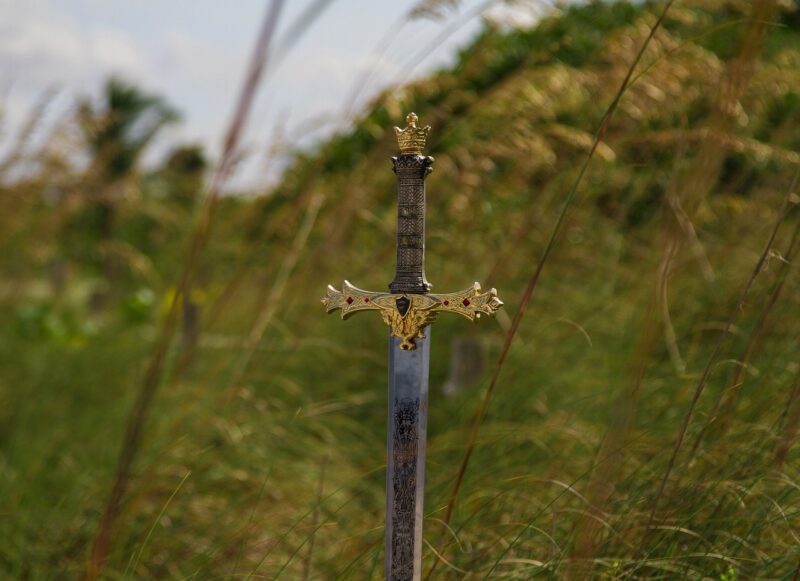 An Exciting Time to be Look at the Past

The 2010s saw the growth of a new generation of people fascinated with everything medieval. The phenomenon of ‘geek cool’ and the emergence of medieval-inspired fantasy games like Dungeons and Dragons into the mainstream have fuelled a mini-Renaissance. Before the advent of the internet, historical re-enactment and ‘experimental archaeology’ took place within communities at a much smaller scale, but now the sky is the limit. Platforms like YouTube have been a fantastic new forum for enthusiasts to share their passions – everything from amateur historians presenting their favourite topics, to artisans sharing their methods for creating hand-made heritage clothing and metalwork, to living history groups living in fully-immersed communities.

This is all taking place at the same time as extremely exciting advances in historical techniques, like new forms of genetic testing and radiocarbon dating which allow us unparalleled insights into the past. Especially in recent years, many universities and academics have made their research freely accessible to the public, meaning that we mere mortals can have first-hand access to historical sources and interpretation to help us bring new depths to our understanding of the medieval era. It’s completely unsurprising that, as the information age deepens, the past becomes ever-more accessible to us – and that we should naturally turn to replicating and re-enacting it.

Then and Now – From Smith to Production Line

When we look at how medieval people made things, we can see the vast changes that have taken place.

In the medieval era, fine clothing, armor and weaponry were only available to the very highest echelons of society. For most people in most places throughout the medieval period, clothing would have been made locally from local textiles like linen and wool. It would have been hand-woven on simple looms ‘to fit’ – this means that it would have been made from specially-made pieces of cloth, rather than being cut from pieces of standardized imported cloth. The trade of ‘tailoring’, which emerged in the 15th century, marks the change towards a more interconnected system – we get the word from the French ‘taille’, meaning ‘to cut’ the clothing shapes from standard bolts. This localized production of cloth doesn’t mean that it was all boring colors – medieval people were able to make a whole range of colors from simple vegetable and mineral dyes: bright reds, greens, yellows and bleaches. Only extremely fine colors like deep blues and purple were reserved for the elite.

Armor and weaponry was a different matter. It was only in the last century of the medieval era (1500 CE onward) that heavy armor became affordable and widespread. For most of the medieval period, individual pieces of armor would have been commissioned by nobles, either for themselves, or as high-status gifts. The reason that armor was so exclusive for much of the medieval era is that it represented an enormous amount of labor-hours. In societies based almost exclusively on the payment of rent and tithes in the form of food, a shirt of chainmail made of 25,000 individually-made iron rings was an enormous statement: I can afford to feed the armorer and their family whilst they do this work.

As plate armor emerged in the 14th century, armor craft became more international: knights began to commission entire garnitures of dozens of interchangeable pieces of armor that would be swapped out for battlefield or tournament use. But it remained the province of highly skilled individuals. Even with the application of water power to the production of steel in the 15th century, court armorers like Lorenz Heimschmid, armorer to the legendary Holy Roman Emperor Maximilian I, were sought for their superior individual skills.

Recreating the Medieval in the Modern World

Obviously, it’s not practical to exactly re-create these production methods for a modern medieval online store – otherwise they’d be just as unaffordable to the majority of customers, Medieval Ware’s philosophy is that they will make sure that the minimum necessary applications of modern technology are used. Where possible, modern rolled steel is hand-finished. Heritage materials like vegetable tanned leather and natural fibers are used over synthetic ones. Designs are based on historical originals.

It’s only by accurately replicating the objects of the past that we can really start to inhabit the minds of those who lived before us. And with a flourishing medieval industry catering to people seeking this authenticity, there’s no better time to delve into collecting arms and armor, re-enactment and historical roleplay.