Social media marketing has been one section under online marketing that has shown monotonically rising curve. The density of users on sites is the governing factor for success of social media marketing. There is an embedded promise of your uploaded content going viral and hence the exposure companies get while marketing on social sites can go beyond imagination. Here are some examples depicting the huge success of marketing campaigns by companies that used Social Media to its optimum potential.

During the Super bowl 2012, in New Orleans Superdome when the lights went off for 34 minutes, there was complete blackout. It was during this time that Oreo took advantage of the situation and created history in Social Media marketing. 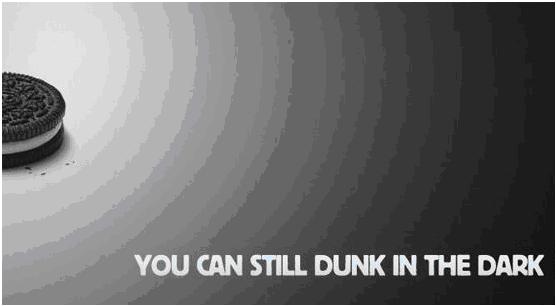 Oreo tweeted this image and the line “YOU CAN STILL DUNK IN THE DARK” created a forest-fire on twitter. The ad generated over 16,000 retweets and over 6000 favorites and seen by more. Many newspapers and journals wrote articles about it.

The crucial factor behind the success was the timing of tweet and what it said. It was a simple yet attractive tweet that was tough enough to leave without retweeting.

The Olympics was extremely anticipated worldwide. No wonder, almost every individual knew that the official sponsor for the London Olympics 2012 was Adidas. Still, Nike went on to get publicized. Putting up massive billboards around London, Nike’s #MakeItCount campaign went viral. Featuring 11 athletes in three countries, Nike showed how they “make it count” by pushing their boundaries.

Not only did Nike have the “make it count” campaign, they also used #findgreatness  to counteract the millions of pounds Adidas spent on #takethestage.

Thus the simple yet effective strategy by Nike brought more success than Adidas. The key was that Nike adhered to the basics of Social Media Marketing and supported it by billboards around the city.

Cadbury is one among the few renowned companies that have adopted and used social media effectively to grab attention since the early days.

The way Cadbury celebrated the achievement of reaching one million fans on Facebook was interesting. When Cadbury realized that fan engagement rate on their Facebook page wasn’t impressive, they wanted to encourage their fans to become active.

To engage and express gratitude to their fans, Cadbury built a giant thumb made up on tons of chocolate. 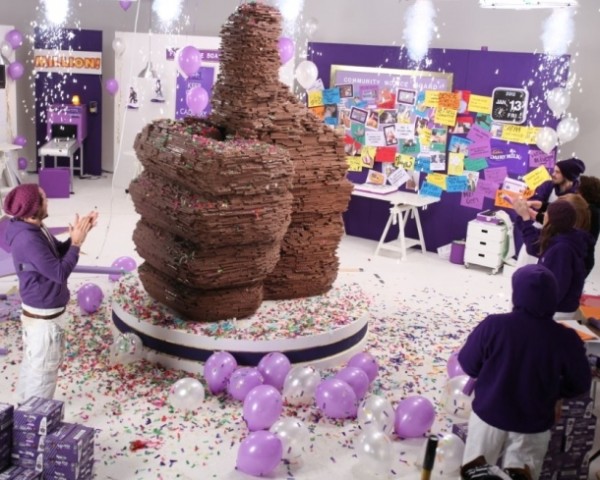 Teaser ads were launched to publicize the event and the event itself was live streamed. The social media provided access to streaming from a studio with user-generated content and photos. Responses were given to comments made by fans in the video by The Cadbury team.

The Social Media campaign gained huge success, as Cadbury attracted 40,000 Facebook fans and around 350,000 actively took part in the campaign.

This technique of engaging the fans and responding to their feedback brought Cadbury the disinterested fans back a great number of new ones.

To market its new Five Bean Variety, Heinz created a Facebook quiz app that informed people about the bean they grew.

To spread the reach, they picked five winners every hour and send a personalized bean, this helped in incrementing participation and sharing of app. Also, users those invited 10 people to take the quiz were given a goodie bag. A FB coupon was also offered to try the product.

After a successful 2 week campaign the following points were reported:

Launching of app to support marketing was a brilliant idea. It not only made people aware of the brand but also appealed to their instinct to play and share. No wonder the campaign is such a great success.

The hair product company Clairol managed to grow their Facebook following by an astounding 944% in just one day. To market the launch of Nice ‘n Easy Color Blend Foam, the company gave away 100,000 new bottles in 4 days. Publicized through Facebook and blogs, fans broke in numbers – 255,000 to be exact. Then to retain these fans Clairol launched How-to videos, reviews, user-ratings and tips from hair experts.

The free trial and featured reviews played a great part in enhancing the company’s credibility in the eyes of customers. It was irresistible for customers to stay away.

On June 26, 2010, for the first time ever, Ford unveiled its SUV named Explorer on its Facebook page. Being first of its type, it attracted great numbers.

Ford had been using the Ford Explorer Facebook Page to create excitement in anticipation of an all-day event. The company far surpassed its goal of 30,000 fans before the announcement, thus the company gave away an Explorer to one lucky fan. The campaign succeeded exceedingly well as it reached 50M fans all over the globe. 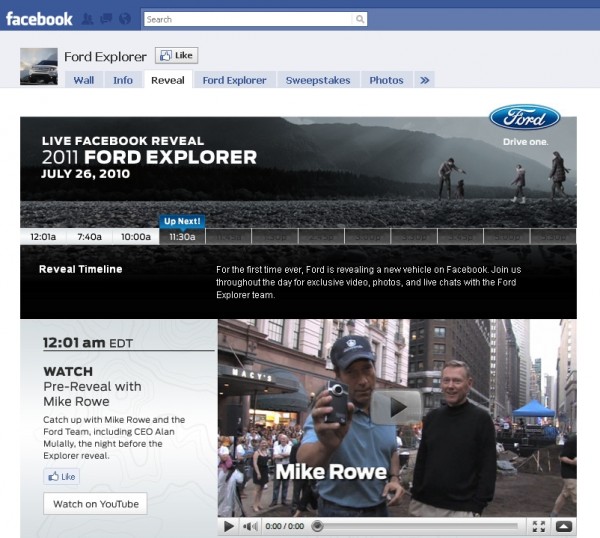 Ford decided to make the launch an online play with Facebook as the primary platform. They also decided to make interactive online media buys to drive people to the Ford Explorer Page in order to boost the social media campaign.

The innovation step was a landmark in marketing as proved by the response on the page. Currently the page has 230,000+ fans.

As a part of its ‘Live Young’ campaign, Evian launched ‘Roller babies’ animated video featuring babied dancing on skates. The video acquired 27M views on YouTube and is estimated to be viewed 61M times all over the Internet. Thus it became the most popular online advertisement ever.

The interesting part of Nielsen’s research though, was the fact that 95% of the people in France who viewed the video online did not view the TV ad. This brought in the need to run an online video along with traditional media channels.

The success of the campaign proved that not only the marketing medium but also the content plays a huge role in its success. The cute, attractive dancing babies won over each person who saw the video,

A social media communications and content company called Everywhere launched a campaign for raising money for various non-profit cancer organizations. As per the campaign, every time the hash tag #BeatCancer was mentioned in a tweet, Facebook status or blog, the campaign sponsors – eBay, PayPal & MillerCoors Brewing Company would donate $ 0.01 to charity. The earning was over $ 70000.

The noble cause encouraged everyone to use the hashtag and help the needy. Thus the sentimental appeal proved to be a success.

Blendtec – Will it Blend?

‘Will it Blend?’ has been going for over 3 years, and is still acquiring eyes around Blendtec’s products. WinningNet Magazine’s 2007 Viral Video campaign of the year, the series was also a nominee for the 2007 YouTube award for Best Series. Currently, the series has gathered more than 100M hits.

The idea of blending valuables like i-phone 3 brought a stream of curiosity among the viewers and they cannot resist watching the video. 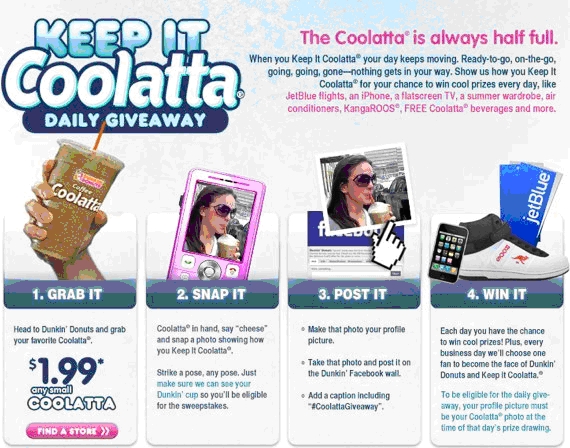 Dunkin’ Donuts came up with a fantastic campaign idea to promote the launch of their Coolatta beverages – a sweepstakes where Dunkin’ Donuts Facebook fans could upload a photo of themselves with a Coolatta beverage to Facebook and automatically be entered into a daily giveaway. Though the campaign did not use much budget, but it certainly created a lot of awareness about the brand and the product.

The idea of posting a photo on a page followed by a good number encouraged the fans and the daily give away served as a cherry on the cake.