Farooq Khan: Why your business can no longer ignore online retail

In 2013, online stores reported the highest level of growth in more than a decade. Shoppers today know the benefits associated with making purchases online. They can avoid the long lines and crowds of people, find a wider range of items and they don’t need to leave their homes. The logistics supply chain and lack of sales tax and other local taxes makes online shopping highly price efficient and competitive with traditional retail stores. While some company owners still think that they can succeed with just traditional retail stores, other business owners know that it’s becoming increasingly difficult to succeed without an online shop. Here we discuss the top reasons why ecommerce can no longer be ignored by retailers. The statistics are taken from a number of leading studies, including Pew Research on tablet ownership, figures from the US Census Bureau and a 2013 e-retail sales index by IMRG. 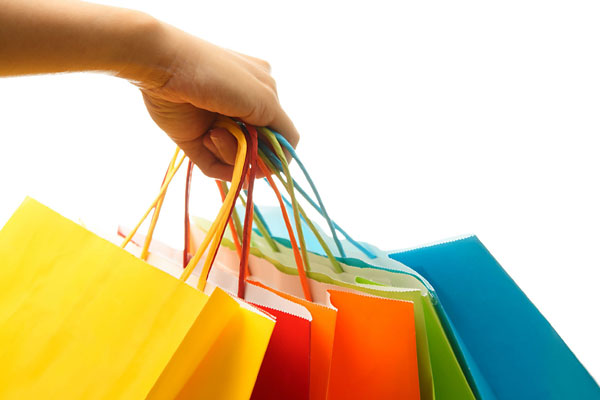 When a number of computer manufacturers introduced netbooks in the past, people thought those devices would replace traditional computers. It didn’t take long until customers grew tired of the small screens tiny buttons and often clunky operating systems, which led to many manufacturers discontinuing those computers. Whilst some thought the same thing might happen with tablets, the opposite has in fact occurred. The overall growth of tablets increased in the last year with thirty-five percent of all people over the age of 16 now owning a tablet and more than 40 percent of people over the age of 16 owning either a tablet, an e-reader or both. The number of people who purchased a tablet grew by more than 30 percent in 2013.

As more people purchase and use tablets, the number of people shopping online grows in tandem. These shoppers no longer need to sit in front of a computer screen – they can make purchases on a tablet while riding the bus, sitting in the waiting room at a doctor’s office or on a lunch break at work. The only way to effectively reach those customers is with an online store.

Concurrent with the growth of tablets has been the explosion in use of smartphones and the accompanying growth in people making purchases from such devices. The number of people using smartphones to shop online increased by around 150 percent in 2013. These shoppers understand the convenience associated with using their phones to shop. Smartphones offer the same capabilities as a laptop computer but in a smaller package. Starting with the ease of use of the Apple IOS operating system, which was a game changer for mobile devices, open source Android phones now claim over [x] % of all mobile phone devices. More than 40 percent of people say that they would use a smartphone to shop online during the recent holiday season.

The number of people shopping online has increased all over the world – in fact, the reason many people turn to online shopping is to buy from international stores as the products they want are not available close by. More than 80 percent of people now make at least one purchase online, and experts believe that this figure will continue to grow in 2014. In order to take advantage of global sales, companies need to get their online stores up and running, as well as work out the logistics of international shipping should it be required.

There’s no point having a beautiful website and claiming to offer shipping within 5 days if the processes you have in place don’t allow you to do this for all customers. Make sure you get your processes right and provide accurate information on your site, taking into account sales from all over the world.

Nearly 50 percent of all shoppers use the Internet because they believe that those stores offer lower prices than they would find in local shops, and nearly 70 percent of people choose stores because those shops offered free shipping. Many shoppers now use the Internet because they can comparison shop with ease. They no longer need to call multiple shops or drive around town to find the best bargains. They can use shopping sites to see which stores offer the lowest prices.

When you own a brick-and-mortar store, you only have a certain amount of available space. You need to look closely at what your customers want and stock those products in your store, which often leads to you selling the same products day in and day out. This can eventually turn off shoppers, who want more variety and more items. With an online store, you can stock items with more variety. If you want a sweatshirt from a sports team for example, your local store will likely only have products from local teams, with maybe a select few popular international jerseys. Online stores let you choose sweatshirts from dozens of different teams globally.

An important benefit with an online store is that you can carry products that you might not carry in stores. This lets you try out different products without losing valuable shelf space.

Millions of people now use the Internet for shopping, and the number of people shopping online increased dramatically in recent years. These shoppers know that they can find lower prices, free shipping and other discounts, but they also receive access to more products. In the digital age, you cannot expect to see sales grow unless you have an online shop.