In an every competitive social networking domain, nothing seems to remain permanent. With big players like MySpace going down from the topmost position to the lower most position on the market share distribution, one can understand that only a platform that caters to the needs of the hour can survive. While Facebook capitalizes on the need of a common individual to share and express, we have sites like YouTube that solely pertain to interests. The virtual space is already filled with people blogging, talking, sharing videos and music and personal profiles. People are getting what they want.

So, what remains in the future of social networking media?

It’s as simple as the invention of the bicycle. It made life easy! But it doesn’t end there – once society  has learnt how to ride a cycle, it wants a bike; one we have learnt how to drive the motorbike, we wish for more comfort like that from a car; and once man learnt to conquer the grounds, he move on to fly the aircrafts. And such is the story of networking.

Change is inevitable and almost always necessary for growth. Certainly, social networking has completely changed with Facebook – and it’s 68% dominant share holding explains that – but, there are still glitches that the user will wish to avoid after a point of time.

Let’s take a look at the story of Google Plus for instance, to understand what “change” means. Google plus so far has seen quite a bit of struggle. You can look at the graph below: 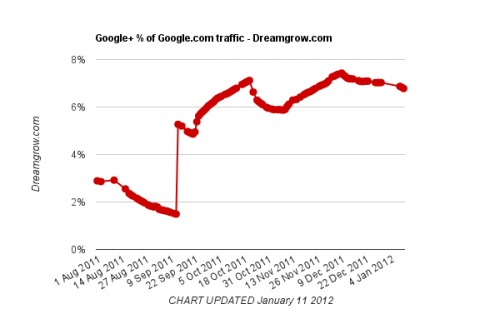 But it’s interesting to investigate why this behavior was seen.

The first aspect is “Change” – Google promised to present something that’s totally different, overcoming the limitations of other sites in terms of security. Plus went ahead to promise commitment to every individual and his privacy with the concept of “circles”. At the same time, Plus was well promoted before its launch and all these factors lead up to a great beginning.

But the problem is that, it ended right there.

Besides the creative “circles” concept, there was not really much that G+ had to offer and seemed more like a “glamorous” version of Facebook with better colors. Which is why we noted the steep fall instantly after the launch; people were just not lured! The increase that we see on the later side is more of a niche crowd which has taken a liking to it. As in the graph, the numbers go from 2% to 8%; but will these numbers keep growing?

Except for some people who hang-in in different sites, the major winner is Facebook. Twitter does well; close second, being something like “Internet SMS”; while LinkedIn connects professionals and YouTube thrives on sharing videos. All these websites have something unique to offer.

It this “uniqueness” that’s going to be the need of the hour.

Privacy and security are factors that all the sites need to keep in mind and work towards making these factors stronger – but what is the way ahead in terms of scope?

At least from our analysis, we understand that the core focus has to be on providing the right services to people or generating a need for your product.

The time ahead will possibly need social networks to offer services which are: 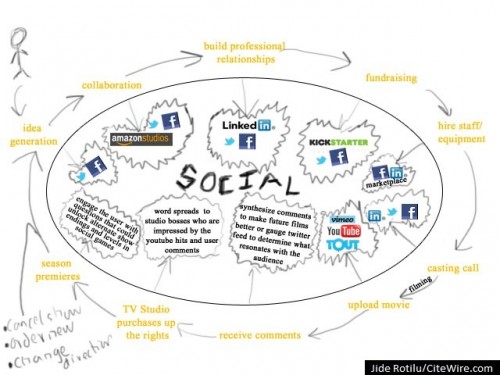 In other words, they once feared that Microsoft stepping in with the Internet Explorer for their operating system would mean a Microsoft control on the internet; but today we have Apple raising all the possible questions. They once thought, Google was everything that people searched for and everything that people will search on; but today information sharing and finding is changing with social networks like Facebook. Facebook today has more hits and searches than even Google, but that again could be a “monopoly” for a while – but nothing is forever. You never know, the game changer could be something else all together! Until then, let facebook be the king, and we will see who is the successor.

Divya is a writer for SEO and SMO content. She enjoys working as a Content Writer and is currently is a visiting consultant with a renowned SEO Company. She enjoys blogging and has a dedicated set of followers.