Main and Most Dangerous Signs of Obesity

For those not aware, “the battle of the bulge” is an expression that came to prominence during World War II. And it referred to the woefully unsuccessful attempt by Germany to push the allied forces of the U.S., Britain, and Canada away from German territory after their collective D-Day invasion of Normandy, France. Today, however, “the battle of the bulge” confers something much different. Since D-Day, the same expression has been adopted by many individuals who are overweight or obese and have a desire to vocalize their struggles relative to losing weight.

And considering the number of men, women, and children who are considered overweight or obese in America, it is not too surprising to find that many have used it at one time or another. To contextualize just how many people are overweight or obese in the U.S., it helps to look at two studies published by the Centers for Disease Control and Prevention (CDC). In the first one, researchers revealed that the number of obese people in America hovers around 43 percent. The second study noted that an estimated 74 percent of Americans are overweight. 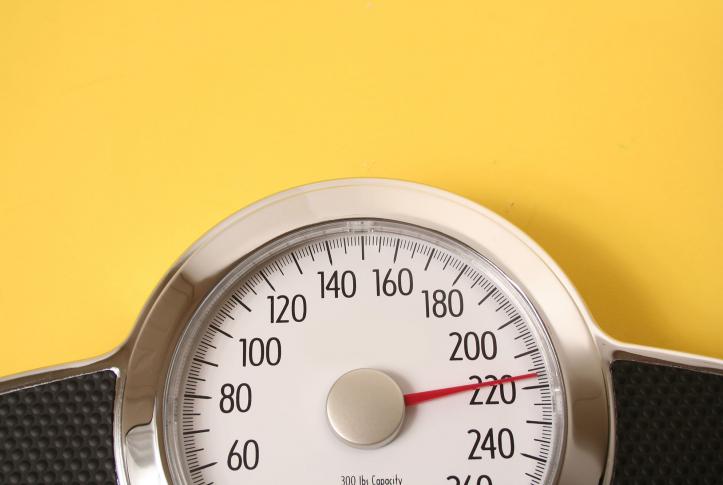 What Causes People to Become Overweight or Obese?

Many people attribute becoming overweight or obese to simply overeating. And while it is the most common cause, it is by no means the only one as multiple factors can play a part in individuals gaining unwanted pounds. Before delving into those other factors, let’s take a closer look at overeating and weight gain so that we can familiarize ourselves with how the two correlate with one another. When someone overeats, they are essentially taking in more calories than the body needs to function optimally.

As a result, the body stores those excess calories in the form of fat, typically around the abdomen, thighs, arms, and buttocks. However, it does not end there. Fat can also accumulate around vital organs in the body, such as the heart. This particular storing of fat in the body is especially dangerous since it can increase the risk of suffering a stroke or heart attack. Along with overeating, the following can also cause some individuals to become overweight or obese:

Genetics – Unfortunately, weight gain is hereditary for some people. Essentially, if one or both of an individual’s parents have a weight problem, there is a good chance they will eventually develop one themselves. And this is well-substantiated in a study published by Harvard Health Publishing, the publishing arm of Harvard Medical School located in Boston, MA. According to researchers and scientists involved in the study, genes account for 25 percent of the predisposition to being overweight. The same researchers and scientists further noted that children born to two overweight or obese parents are about 80 percent more likely to struggle with the same unhealthy body composition at some point in their life.

Hormonal imbalances – Various hormonal imbalances can adversely affect how the body functions, including its ability to burn fat. One of the more notable ones is low human growth hormone (HGH) levels. Among many other things, human growth hormones, which are peptide hormones secreted by the pituitary gland, are responsible for burning fat. Therefore, it stands to reason that individuals with below-average HGH levels or a full-on deficiency are more likely to gain unwanted pounds. That stated, even before a weight problem sets in, most people with low HGH levels will experience other symptoms first, some of which include the following:

These symptoms and others will generally manifest when human growth hormone levels in the bloodstream are dangerously low. For men, this means HGH levels that are below 0.4 nanograms per milliliter (ng/mL). And for women, it refers to levels below 1.0 ng/ML. But it’s worth noticing that in people with proved HGHD health and weight improvements are major. Amazing HGH transformations are inspiring, but don’t forget that there are warnings and side effects, and all therapy requires legal prescription.

Excess body fat can trigger a wide range of chronic health problems. Some of the more common ones include the following:

High blood pressure – Along with an increased risk of suffering a stroke or heart attack, being overweight or obese can put some individuals at risk of developing high blood pressure. To understand the relationship between high blood pressure, also known as hypertension, and obesity or merely being overweight, it helps to take a look at a study published by Oxford Academic. According to the study, excess body fat prompts the heart to work harder to circulate blood throughout the body. As a result of this, the heart’s arteries are put under more strain as it has to now resist the higher output from the heart. And this resistance is what gives way to high blood pressure.

Osteoarthritis – For many people, being overweight or obese can pave the way for developing osteoarthritis, a degenerative disease characterized by a gradual breakdown of cartilage needed to cushion many joints in the body, such as those in the back, knees, hands, and hips, for example. With less cartilage to cushion these joints, the more painful it is to move them. It can also contribute to the following:

Shortness of breath and sleep apnea – Along with high blood pressure and osteoarthritis, shortness of breath and sleep apnea are two more chronic health problems that often stem from being overweight or obese. Studies show that individuals who are overweight or obese tend to have a lot of fat built up inside their chest, which impedes proper breathing. The same accumulation of fat in the chest cavity also causes sleep apnea, a medical condition where breathing repeatedly stops and starts while individuals are sleeping.

Mood disorders – Unbeknownst to many, being overweight or obese can make some individuals more susceptible to developing mood disorders. And this is evidenced in a study published by the National Institutes of Health, which found that individuals with a body mass index (BMI) of 30 or higher, which is in line with being severely overweight or obese, were more likely to suffer from depression, anxiety, and other mental health disorders.

Final Thoughts: How to Avoid Obesity and Keep Yourself in Shape

In summary, excess body fat can take a toll on an individual’s physical and mental health. That being said, an excellent way to avoid becoming overweight or obese is to adopt a healthier lifestyle, which includes eating less processed and more nutrient-dense foods. It is also a good idea to exercise for 20 to 30 minutes each day, which can go a long way toward achieving or maintaining an ideal body weight relative to height.

Regular exercise can also improve overall mood, which is especially beneficial for those struggling with excess body fat alongside feeling anxious or depressed. All in all, we only have one life to live, and the onus is upon us to make the most of it, and doing so requires correcting the things that are detrimental to our health. And this includes being overweight or obese.