Top 10 Creative Ads Made to Stop You Smoking

The dumb thing about most anti-smoking advertisements is that they use scare tactics, which makes them very easy to ignore. They also use extreme examples, such as people with big tumors or their teeth hanging out, but they are so far removed from reality that they are also easy to ignore. Here are ten creative ads made to stop you smoking that have veered away (albeit slightly) from scare tactics and over-the-top claims. 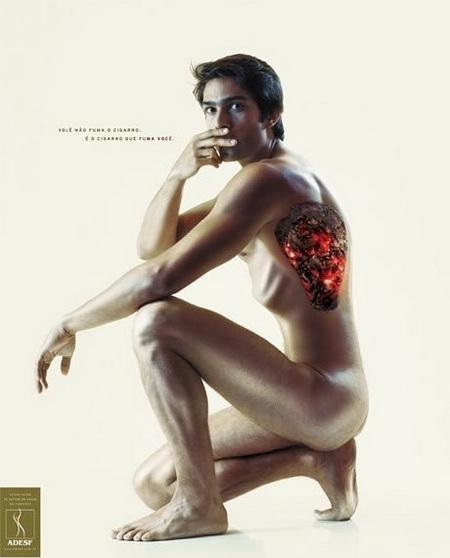 The great thing about this ad is the fact a thin, healthy looking and handsome man is pictured instead of a very unhealthy looking person, and that is why it is so powerful. People see handsome, healthy and happy smokers all the time, they do not see sickly people that smoke as often as they see healthy people smoking. This ad reminds you that most of the damage you are doing is internal. 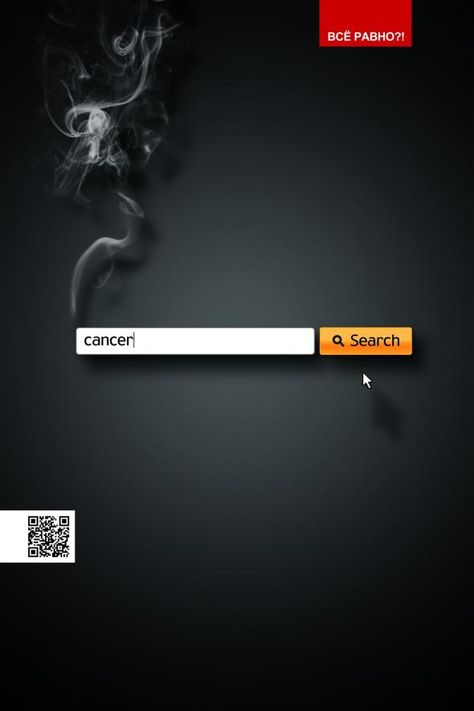 The search engine advertisement is clever because it gives people a simple reminder that smoking causes cancer, and it does it without trying to shock you. The image is so simple and inoffensive that it allows a person to remind themselves they are risking cancer when they smoke. It is a simple reminder of what people already know, and that is more powerful than one hundred images of cancer-filled smokers.

Vanity Is My Favorite Sin 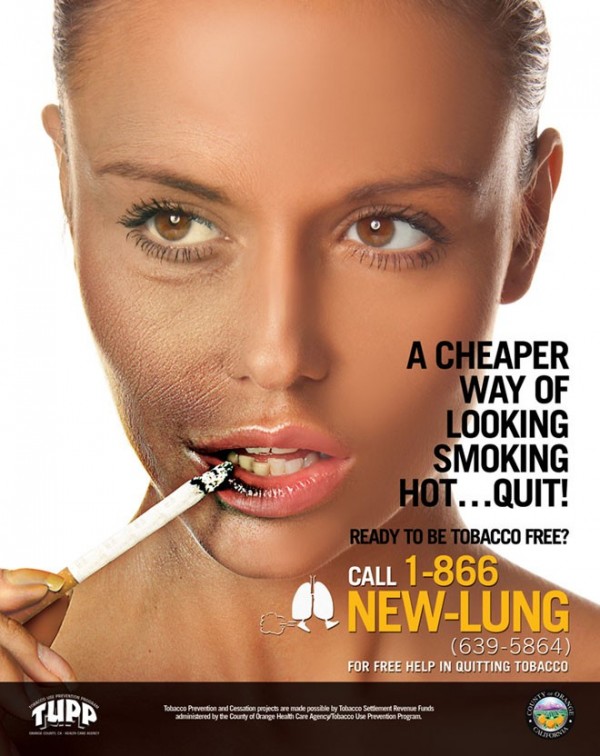 Many cocaine users go into rehab upon hearing the news that their nose is soon to cave in. Vanity is one of the deadly sins for a reason, and if you highlight the fact that long-term smokers often look haggard, then it makes for a very good anti-smoking ad.

Littering Is Becoming a Problem 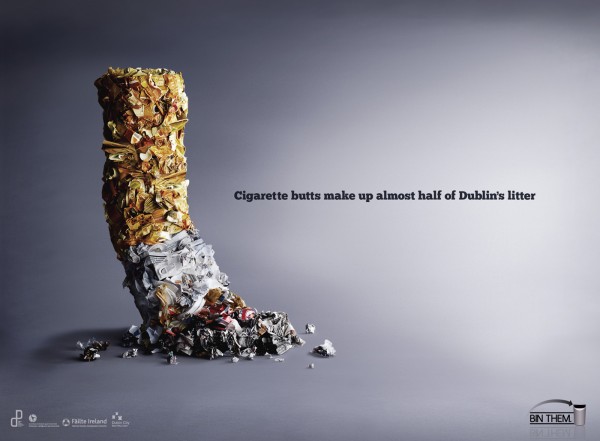 So many anti-smoking advertisements are directed at people specifically, then when they target a town or location, it is a little more shocking. The statistic given (even though it is a lie because butts only make up 3.7% of Dublin’s litter) makes people think about the effect they are having on the earth. 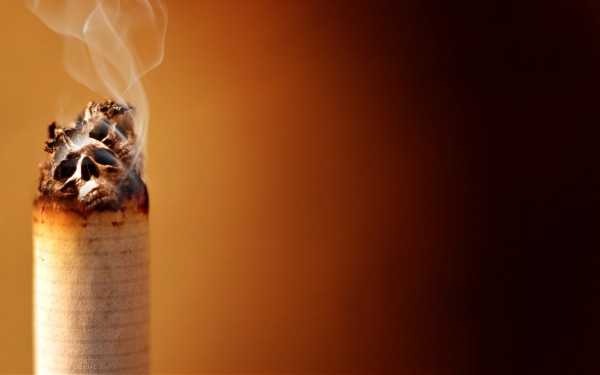 Lit cigarette from which flume is coming out.

This ad is clever because the skull is not very noticeable. It is a mild surprise when you find it, and that is the sort of thing you may turn to your friend to tell them about. This simple advert may help start conversations, which gets people thinking about what smoking is doing to them. It is a passive advertisement, but very well thought out and more effective than the usual scare-tactic ads.

Give It to People Straight 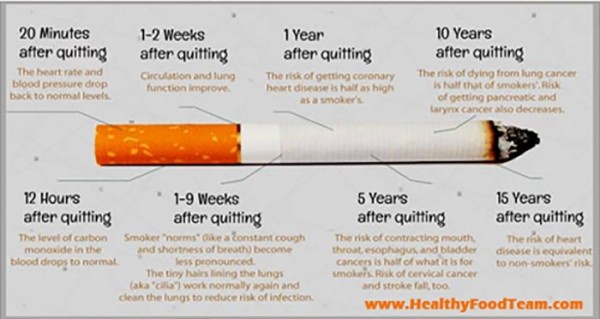 Put simply, tell a person to quit smoking and you are telling them to give up something they love, something that gives them comfort, and something that they have learnt to rely on. Smoking is soothing, fun, relaxing and very satisfying. Tell people to give it up and you ask them to give up quite a bit, so in return, it is a good idea to tell them all the things they will gain to compensate for their loss. 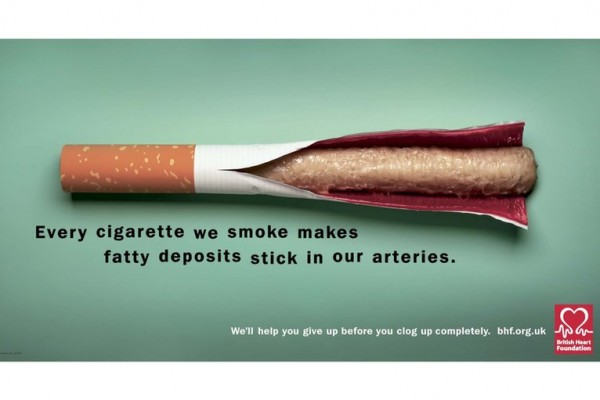 This is a scare-tactic advertisement, but it is very well made and highlights the fact that smoking helps fatty deposits build up in your arteries. It is manipulative, exploitative and works via exaggeration and misinformation, but it is so well put together that it deserves a place in this top ten list.

Hit Men Where It Hurts 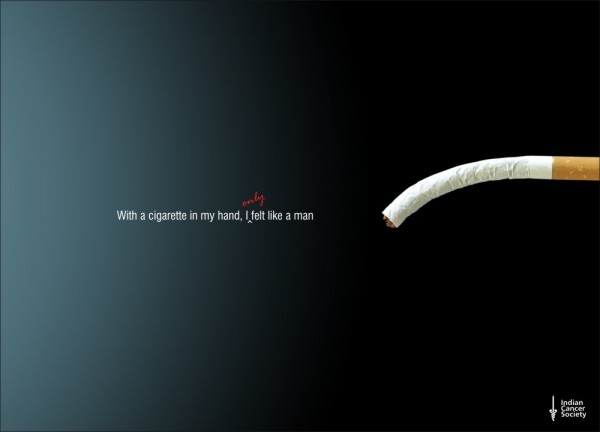 Men and women have different priorities. Tell a woman she will age ten years if she smokes and she will quit. Tell a man his winkie will wilt if he smokes and he will quit. This ad helps to highlight the tenuous links between male impotence and smoking in a very clear and clever way. 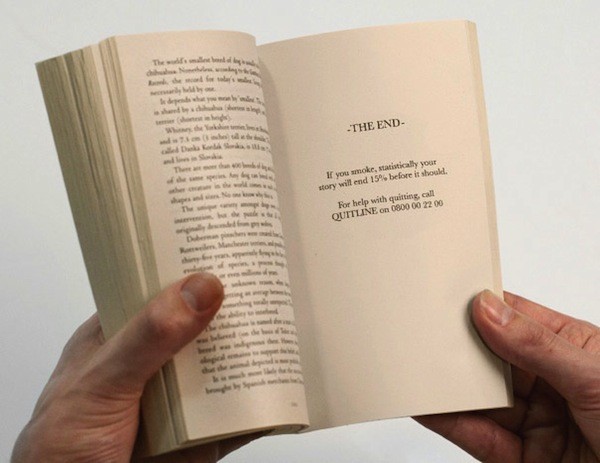 Stop trying to scare people and give them an advertisement they can look at, and they are more likely to think about things. Remind people that what they are doing is going to end their life sooner, and do it in a way that is not shocking and is matter-of-fact, and people are more likely to respond. 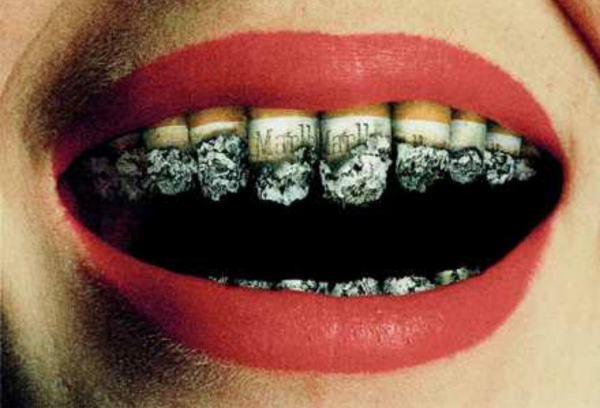 People are more disturbed by the smaller trivial things than they are about internal health issues. Tell women that smoking makes a woman look ten years older, and they will stop. Tell people that their teeth will look terrible or fall out, instead of telling them they will die, and people will quit smoking.

Anthony Ash is a graduate student from Boston University, talented freelance blogger who works as an essay writer at Topaussiewriters.com essay help team. You may contact him for collaboration: anthonyashcontact@gmail.com or follow him on Twitter: @anthonyash_acc