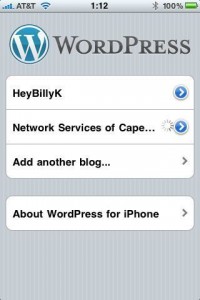 WordPress for iPhone, just like WordPress itself, is an Open Source app.

Download WordPress 2.0 for iPhone and iPod Touch for free