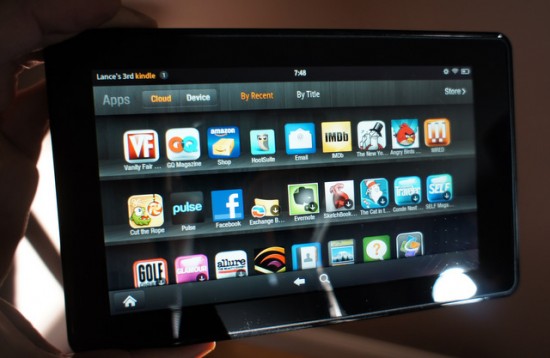 At the first place, started off with

Amazon Prime is not the sort of application you are required to download, it is basically comes preloaded in the Kindle Fire. However, you will only have a free one month trial period. So, for further use, you need to buy this application. It is sort of must have application that the use must have installed on his or her Kindle Fire device. As the Kindle Fire features a fast and amazing browser and will run endless applications, it is first and leading entertainment device. Amazon is obviously hoping that its service will be what you can say, your number one entertainment platform. You will have the access of more than ten thousand online movies and TV shows through Amazon Prime. Amazon Prime members will definitely get the most out of the Kindle fire through this application.

At the second place, you will find:-

Most recently, Amazon provided users of Kindle Fire the freedom of choices. Because at the initial stage, they want users to buy Amazon Prime, but now they are offering them full freedom of their choices. So, that either they can buy Netflix or Amazon Prime. Like Prime, Netflix is also considered as the full entertainment application. Both applications have tough competition in regards to users choice.

At the third place, you will find: –

There has been a proxy war between the two giant comic book publishers, the DC and Marvel. When DC has announced that it would offer free versions of e-book on behalf of its various graphic novels to the Kindle Fire owners via Kindle store. Suddenly Barnes & Noble pulled DC graphic novels from its stores shelves. Then, after announcing the Nook Tablet, it also announced to offer a bright collection of Marvel comics and graphic novels.

At the fourth place, you will find: –

Pandora is probably not the new one, it is most popular among the music lovers who love to online radio and discover a music service. Now, this is announced for the Amazon Kindle fire as well. But the limitation of the application is that you need to have wireless hotspot to listen your favorite music station via using this application on your kindle.

At the fifth place, you will find:-

like other tablet PCs, the kindle fire also allow its users to subscribe themselves for individual issues and magazines. But if you are considering yourself among those people who love to get online resources for news, pulse is considered to be application designed for those news lovers.

I am Nadine Myrick from Aslam&Co for company formation Services assistance? Let’s take benefit of Aslam&Co  payroll services UK  for your business and get rid of all business problems.