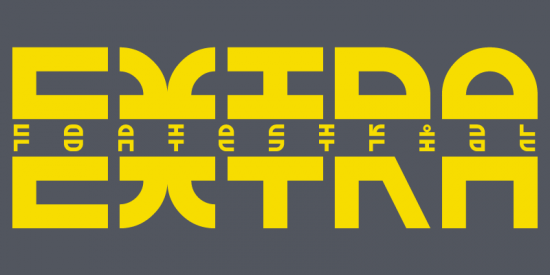 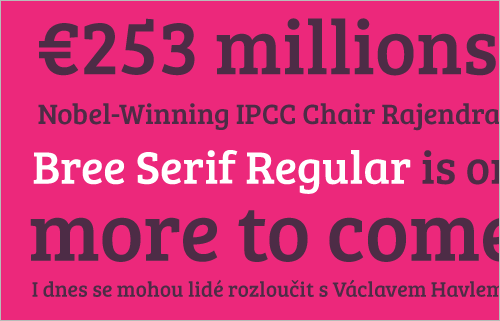 Bree Serif Regular is a friendly upright italic font and a cousin of Type Together’s award winning font Bree. Bree was designed by Veronica Burian and Jose Scaglione in 2008. Bree became highly successful immediately after its release due its originality, versatility, and attractive appearance. It was the typeface used in the Smashing Cartoons. This new serif style adds some extra aroma to this font. Bree Serif Regular is released under the liberal OFL license and is free for all. 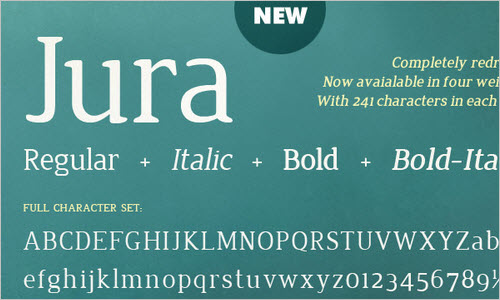 Jura is a well-designed serif typeface. It was designed by designer, Daniel Johnson when he was working for designing a Kayah Li range. The font is available in four weights ranging from regular to bold italic and has 241 characters in each font. Even though the font is designed for Roman alphabets, it was later expanded to include glyphs for other alphabets like Cyrillic and Greek. It can be freely downloaded and used for both personal and commercial purposes. 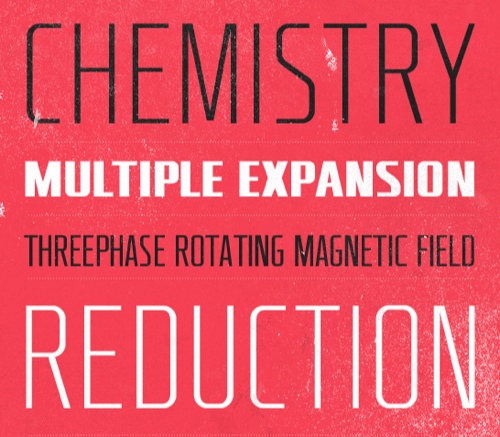 RBNo2 is a new sans serif font. The designer of this font, Rene Bieder was motivated by the fonts of the 19th century. These 19th century industrial fonts of Europe have their origins in Germany. RBNo2 is tweaked a little to resemble the modern German architecture. The tall and skinny design of this font looks similar to the houses in modern Berlin. This font can be combined with other fonts like sans serif, slab serif and serif fonts and used in headlines and short copy texts.

Valencia is a condensed and art-deco inspired font that includes five weights. This typeface has a vintage corporate look and is suitable for large headlines and prints for any collateral or stationery. This is a unique font with its horizontal crossbars and full-circle curves. This font was released by Lost Type Co-Op foundry and is free for all kinds of users. 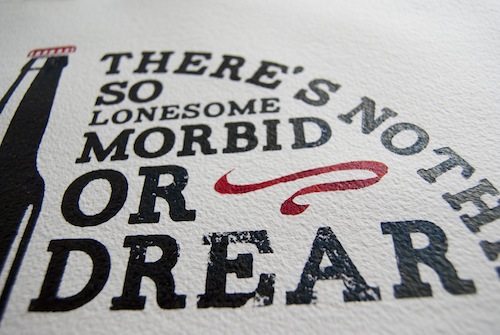 This is an art deco display font based on the style of lettering of Cassandre posters of the famous Ukranian-French poster artist, Cassandre. This font is available in three weights: Regular, Bold, and Outline. This font contains capitals, small capitals, ligatures, numerical characters, and labeling alternates. You can pay a small amount to get this font or download it free by posting a Twitter or Facebook status on this font. 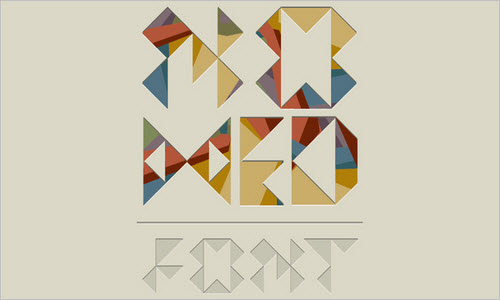 Nomed font can get a contemporary and stylish touch to your projects with its uniquely shaped fonts. This font was designed based on the simple triangular orderly shapes. The geometric shapes make this font a bit difficult to read, but this is what makes the font distinctive from the others. It was designed by the designer Medness and available for free download. 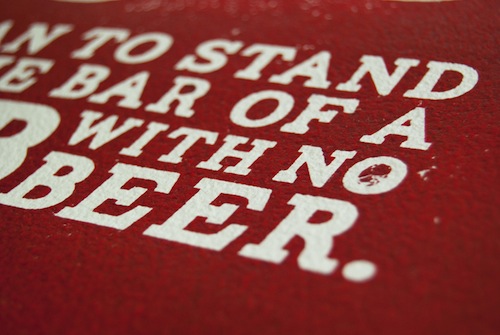 Carton is a sturdy and yet sensitive slab-serif motivated by the letterpress. The rugged appearance of this font makes it suitable for movie posters, headings, and taglines in both classic and modern contexts. This font was released by Lost Type Co-Op and is free for personal use. Any commercial use of the font should get prior permission from the designer. 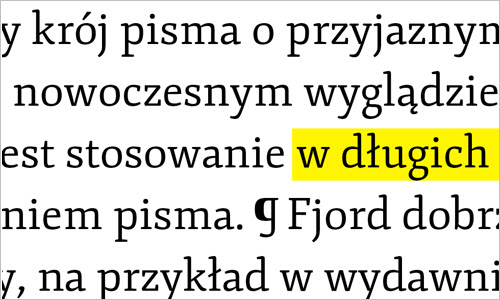 Fjord is a serif typeface that is specially intended for book publications. This font features rugged construction, prominent serifs, and, lengthy ascenders and descenders. It is intended to be used in long texts and relatively small print size. But, this font can also be a distinctive font choice for big text headlines in corporate design. This font includes some Cyrillic and Greek characters and is available for free download at Google Web Fonts. 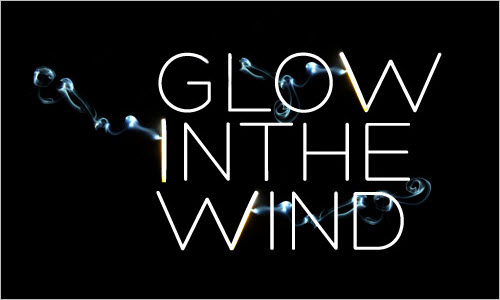 Hero is a nice geometrical typeface which can be used for many kinds of uses like print, web logos, advertisements, and even brochures. This font has 162 characters and is available free for both personal and business use. It is available in the Open Type format for PC and Mac. 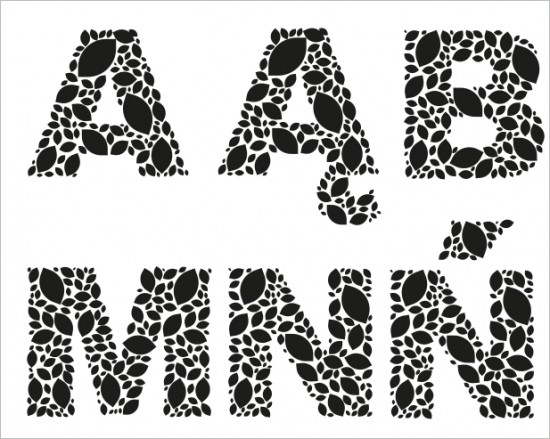 This font is inspired by nature and the glyphs are built out of leaves of different sizes. Apart from the alphabet characters, Mozaic Leaf also contains numbers, punctuation, and currency symbols. It can support Western, Central European, Baltic, Nordic and Turkish encoding. This font was designed by the famous designers Kulakowski and Czapnik and it is free for both commercial and non-commercial use. 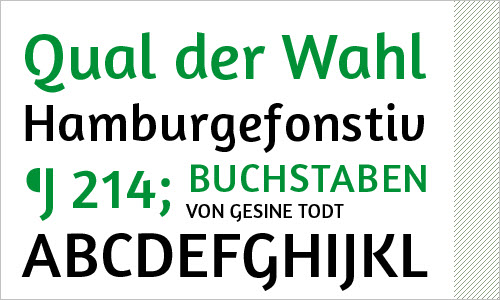 Amaranth is a font of the sans serif family. It is available in four elementary styles with well-shaped letters. This font is suitable for headings and longer texts in print as well as web publishing. This font is available for free download at Google Web Fonts under the SIT Open Type License.

It is suggested to read the licensing agreements of these fonts before you start to use them as they may change from time to time.