The top 5 social media apps for designers and developers

With social media continuing to play an increasingly important part in the daily lives of people right the way round the globe, there’s never been a better time to make sure that you’re well placed to tap into this valuable emerging market. If you’re a designer or a developer then there are plenty of software apps that can help with workflow and productivity, and we all have our own favorites. 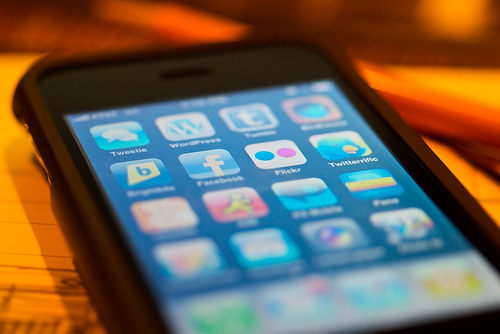 However, there is a handful that, while not everybody thinks are essential, plenty do think that they form an integral part of any design or development working program.

With designers and developers all amassing lots of files and folders during a typical day then it’s crucial to have a handy storage system that can be accessed at any time and from anywhere. So that’s probably why Dropbox has become the tool of choice for many people, because it delivers an excellent answer to your storage needs.

Evernote has become a really practical tool for people who blog on a regular basis and the same concept is equally as appealing for designers and developers too. It’s a quick and easy way to stockpile ideas and inspiration that you see during a typical day on the web. You can amalgamate web pages, images and other content, so it’s all there for you to pick through at brainstorming meetings.

While designers and developers usually have a pretty wide suite of applications for working intensively, there’s also an increasing requirement to use the power of an app like Adobe Photoshop Express for tweaking images on the go. If you’re out in the field and don’t want to take a laptop with all of the high- end software with you, then dip into this image editor to tweak shots and other visual content while you’re out and about. Failing that, check out one of the many, many other image editor apps out there for free and easy working on the go.

Staying organised is another aspect of design and development that proves to be a mainstay of whether you can successfully pitch to clients and also deliver to those increasingly tight deadlines. In that respect, it’s a good idea to invest in an app such as Writechain. This amazingly handy software allows you to keep on top of blogging posts, and also acts as a reminder if you need to come back to something at a later date, by joining all of your productive moments into one ‘chain’ – hence the name.

And, finally, anybody who has spent any time designing or developing in the world of social media will know just how important it is to garner as much data about the sort of clients and customers you work with. In that respect, an analytics package is a must-have and something like Google Analytics fits the bill perfectly. Track your visitors and see which ways might possiblly be the way to untold riches – you never know your luck…

Rob Clymo writes on behalf of Broadband Genie, the UK’s online consumer advice site for broadband, tablets and smartphones, such as the best deals for the iPhone 4S. Click here for the cheapest contract offers.  (slight change)