With in the blink of an eye, the company and its undertakings can be supremely popular with the user groups and yes in no time the goodwill of your brand can loose all its shine and luster if the users find your corporate activities as mean, money minded, self centered and unfair.

When it comes to the promotion of the business, there is no greater pivotal tool available with the online marketers and business owners which is as cost effective and swift with results as the social media, to position their business and various endeavors.

If you thought social media is for youngsters, think again! 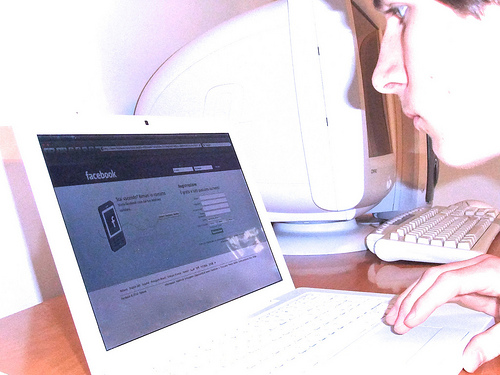 You may discard this write up, thinking that social networking sites are meant for either teenagers discussing their adolescent issues, for the young college going crowd and fresh graduates, but Oh Dear, you really need to think again.

Statistics have revealed that the average age of a Facebook user is 38, of a Twitter user is 39 and of LinkedIn user is 44.

What exactly is young then? People are serious about the social networking sites and serious business is being run and powered by the lucrative benefits of social media, it is high time you started capitalizing upon the benefits of the same.

Social media and the employees morale

The reason why most of the employees are not really motivated to work is simply because they are not appreciated for whatever work they do for the organization. A job well done is not appreciated, but a little and otherwise insignificant detail missed and they shall be reprimanded and considered incompetent.

The environment of the organization plays a crucial role in the sustenance of the employees. The social networking sites have emerged, and they are The Big Thing in the present world. Using social media power for a significant process only proves that how much open you are to the changes and you can make the best use of whatever is made available to you.

When you use social media for recognizing the value addition being brought by the employees to the company, you actually make the entire environment of the company really cool, groovy and upto date. Besides, their achievements no longer remain between you and them or at max, their team. But in no time their achievements are revealed to the entire work. Now they can go back to their home, and boast about their achievements and recognition in front of the friends and family, and would also have your validation backing up the same. 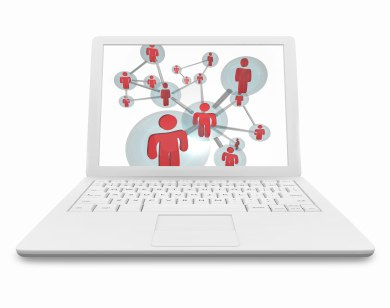 Besides, when you are using social media for recognizing the efforts of your employees and boosting up their morale, you are actually sending good signs about your own organization. Professionals would kill to work for an organization which has a comfortable and friendly work culture and where their skills and efforts are recognized and appreciated. Thus, you will have the chance to select from the cream of the professionals, whenever you need to hire next.

You will be able to build a brand image of your company and would win the regard and reverence of not just the employees of your company, but also the people in general.

The best social media resources to acknowledge your employees

Facebook, owing to its wide spread popularity and recognition has come to be synonymous with the social networking platforms. However, other than Facebook, there are a lot of resources available with the business owners to make note of and appreciate the performance of the employee.

In this section, we shall discuss the same in detail:

1. Facebook – The reach and popularity of Facebook is immense and hence if you are aiming for the bull’s eye via Facebook, you are more than certain to not to miss the mark. Facebook is a very personal medium to acknowledge the employee upon their achievements. Besides, it makes the sharing really easy. If you utilize the power of Facebook, instead of just reaching out to the employee in question, you can reach out to their entire social circle as well, and a lot more basically.
When you are acknowledging the contribution of someone to company via Facebook, make sure to include the pictures (of employee receiving an award, or performing a particular task etc) and tag every one concerned in the photograph.

2. Linkedin – Believe it or not, but LinkedIn is soon emerging as the Facebook for the corporate sector. There is a special section of recommendations, and you as the employer can contribute a great deal towards the long term career development of the employees if you write a nice recommendation for the deserving candidate.

3. Twitter – Twitter is another platform, flourishing with users and social birds and you can utilize the same resource for blowing the trumpet of a deserving candidate. When you are mentioning about the achievements of a particular employee and what value addition has he brought to the company, make sure to tag the person in talks in the twitter feeds. You can also think of creating a hashtag which will allow you to group all the employee recognition tweets under a distinct category, and will facilitate the easy searches regarding the same.

4. Yammer – Yammer comes handy if you are more concerned with the secrecy, privacy and protection for the internal data of the company. Yammer is an internal social network, designed specifically for the use by businesses. The site is password protected and provides the users with a Facebook like interface to recognize and celebrate the achievements of the deserving employees.

5. Official website or blog of the company – This is perhaps the best and the most intimate way to boost up the morale of the employees by recognizing their efforts. Getting a place in the “hall of fame” of the sure means a lot the employees. In fact if you have a company’s blog, you can also describe the achievements and various personality traits of the employees in details. For effective results, you can combine the company blog with social networking sites, you more than certain to bolster up the confidence of the employee.

6. Sending virtual gifts – This is a bit different from the league but surely is an amazing option. You can send the virtual gifts to the employees, which they can later redeem as gift vouchers. You can also go completely over the board and organize the gifting details. We all love free gifts and vouchers, and if you offer nice gifts, you are more than certain to draw an escalated and highly motivated performance from the employees.

Just be wary of the social media recluse

It is important to seek the individual approval prior to acknowledging their achievements on the social media platform. Do not expect every one to be fine with the social media exposure and they might genuinely do not wish to have it.

It depends a lot on the nature and the internal psychological forces governing the individual. Certain people feel wary towards the social media, and they may wish to remain “anti social” on the social networking sites for a number of reasons.

If you really wish to surprise someone by recognizing their achievements on the social media platform, be prepared that it may also back fire. Hence judge the character and the individual personality of employee in question, before getting ahead with the social networking buzz. The point is to genuinely acknowledge their achievements and not make them feel as a mare tool to gain a wider social media exposure for the company.