Sound effects (also known as audio effects or sound designs) consist of natural, artificially created or enhanced sounds used to enhance the audience’s auditory experience, such as conveying mood and emotion or establishing a setting. They are routinely used in just about every electronic media, including radio, film, television and the web.

The use of sound effectsto establish mood or setting is nothing new. The ancient Greeks used sound effects to simulate rain, thunder and galloping horses in their theatrical performances. However, the art of sound design didn’t really come into its own until the 1930s with the rise of broadcast radio and the arrival of motion pictures with sound. In those days most sound effects were often performed live on set, created by special professionals known as “foley artists”.

In addition to the traditional media, sound effects are effective for augmenting various new mediaprojects as well. The application of specially selected audio effects can add excitement to a boring power point presentation, email or web page andbe used to add cool sounds to games and videos. 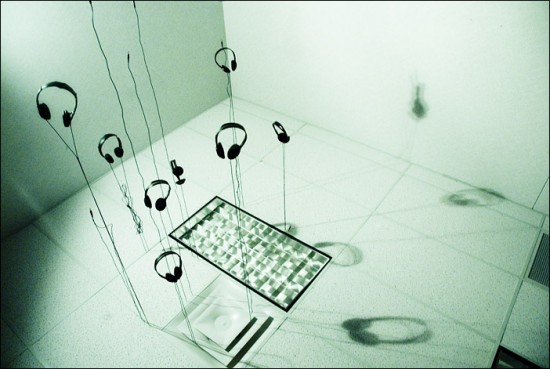 If you don’t have the time or resources to record or create your own sound effects there are many sites on the Internet that make whole or parts of their audio libraries of sound effects available for download. With a little searching you’re sure to find a sound effect that’s music to your ears.Here’s a few sites to start with:

Media College has a nice selection of sound effects that are free to download and can be used in any video or audio project, non-profit or commercial.  Files marked as “Full Permission” have been recorded by our staff and released without any conditions except that users can’t sell or redistribute them.

GRSITES has made a number of their sound effects available for free download. For a one-time charge of $19.95 you can download their entire library.

Soundgator has several different categories of sound effects to choose from. Registration is required.

Sound Jay has thousands of voices, sounds and effects to choose from. These files can be used for both private and commercial projects.

PacDV has been producing royalty free sounds for filmmakers, sound designers, music producers, film students, and multimedia developers since 2001. Their sounds have been featured in a variety of independent films and videos, television programs, documentaries, commercials, games, radio shows, and new media projects. Now you can download a selection of these great sounds for free.

The aim of Freesound is to create a huge collaborative database of audio snippets, samples, recordings, bleeps, all released under Creative Commons licenses that allow for their free reuse. Users can browse through Freesound’s library using “sounds-like” keywords, upload and download files, and interact with fellow users. Freesound was started in 2005 in the Music Technology Group of UniversitatPompeuFabra, Barcelona, Spain and exists thanks to the support of UniversitatPompeuFabra, anonymous user donations and t-shirt sales.

The freeSFX provides an excellent resource of game developers as well as audio, video and film production. Their sound library is used extensively by educational institutions in their media production courses.  Credit is required to use their files.

Soundboard lets its members build, buy, and sell sounds and music. Builders can create, customize and manage up to ten soundboards per account. Members can design a player for their own site, product or service and manage it from their Soundboard account.

Please note that each site has its own set of rules regarding the use and distribution of their files. Before downloading and using any files, be sure to check the site’s terms and conditions.