It would seem fair that anyone could go online and give their honest opinion of a business without consequence. Unfortunately, doing just this has landed a Fairfax county woman in the middle of a 6 figure lawsuit. Jane Perez is being sued by home makeover business owner Chris Dietz because she posted a negative review of his company on the popular site Yelp.com. The odd case has many people wondering if this lawsuit will become precedence for future legal actions against people who leave negative reviews of businesses. 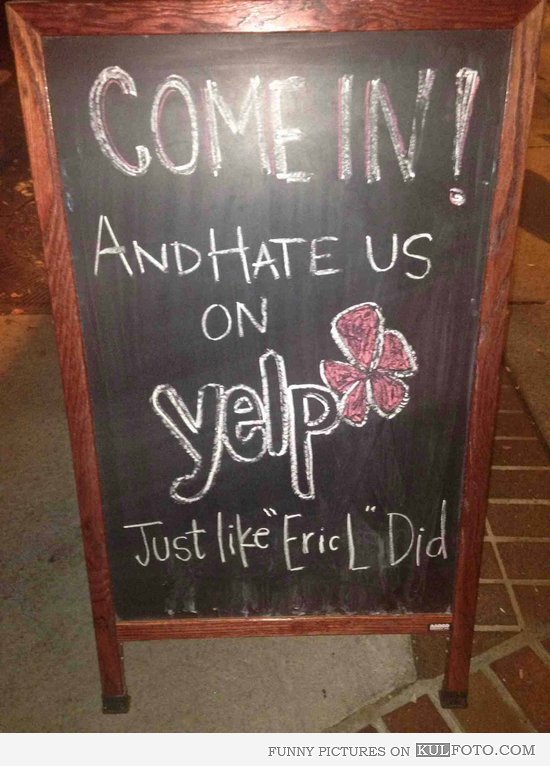 The Lawsuit stems from work that Dietz’s company was contracted to do in 2011. Apparently, Perez was unsatisfied with the work done by the company so like so many consumers, she turned to the Internet to voice her frustration. In her review, she said that Dietz’s company damaged her home, didn’t finish the work they were contracted to do and even stole jewelry. She left the company a one star review and strongly suggested everyone in the Fairfax county area of Virginia stay as far away as possible from Dietz’s home repair company.

This may seem like a typical reaction from a disgruntled patron but the consequences of leaving the review have been anything but typical. Perez now finds herself facing litigation to the tune of $750,000 for leaving her negative review. Dietz claims the review has hurt his company and cost him more than $300,000 in lost business. This case has certainly piqued the interest of first amendment defense groups who are appalled that Perez is being subjected to such a large suit for simply voicing her opinion. This also raises the question of personal responsibility. Should Perez be held accountable for the damage done to Dietz’s reputation? When this odd case does go to trial, Perez may find herself attempting to validate the negative claims she made on Yelp, and this may make the difference in who wins the judgment.

This is certainly unfamiliar territory for many people but it isn’t the first time something like this has happened. Many business owners are now fighting back against people who leave negative reviews of their companies online. Most people’s initial reaction may be to simply side with the person who left the review online. After all, it seems the consumer should have the right to voice his or her opinion however he or she deems necessary. Unfortunately, the reviews being left online aren’t always truthful which Dietz is claiming in his lawsuit. The man says the work Perez paid for was completed and nothing was stolen from her. If Perez’s claims truly are fabricated, should she be held responsible for the effect of her defamatory remarks?

A Fairfax County judge had initially ordered Perez to remove parts of her review from the online site, but that decision was later overruled by a Virginia Supreme court judge. It’s important for spectators of this trial to remember that there are rival business owners who have used online review sites such as Yelp as a tool to defame the reputations of rival business owners. This is a very gray area of the law because people basically have the right to say whatever they want, however, defamation lawsuits are also at the disposal of the business owner.

This is a very unique case because it would seem that Perez stands to gain nothing from her negative review. However, we’ll have to wait and see how things play put before we can determine if the negative review was truly warranted.