In-design loving graphic designers who want to build app experiences but don’t know any code should check out a new app marketplace that just launched.

Leading app publisher Oomph has launched a new marketplace for customisable tablet templates called Oomph Marketplace. Marketplace wants to attract entrepreneurial designers (who don’t code) to make and sell app templates to other buyers (who don’t code, see a pattern here?) who want to tweak and customise app designs without having to build an app experience from scratch.

Oomph will be releasing new functionality over the coming weeks to help turn your spare app designs into cash! 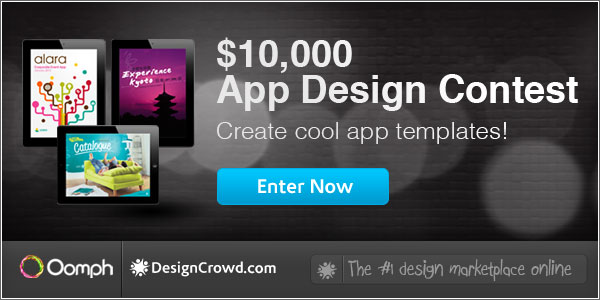 To celebrate the launch of Oomph Marketplace and stock the site with cool app templates, Oomph has launched a $10,000 app design contest on graphics design marketplace DesignCrowd. Yep, folks there is no coding involved.

It’s not just Oomph targeting DesignCrowd’s designer community. The contest follows on from some other big contests on DesignCrowd including a $1,000 contest to help ex-Australian PM Kevin Rudd crowdsource a 2013 election t-shirt design and a Canadian entrepreneur crowdsourced a $10,000 logo design for TimesSquare.com via DesignCrowd.

How does Oomph Marketplace work?

Do I Need to Know Code To Design An App?

No, you don’t need to know how to code. If you can use InDesign then you can create an app to enter in the contest.

Bonus: There are free templates available from Marketplace to help you get started. Oomph’s giving away travel brochure template as a best practice guide. You get it when you sign up (users can access it from their account).

How to Enter / The Prizes

The contest runs for 1 more week, so get cracking!

2) There are four contests that each offer $2,500 prizes for the top 3 designs in each category, check out the contests banners/briefs below. 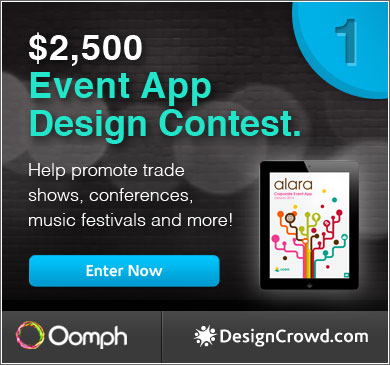 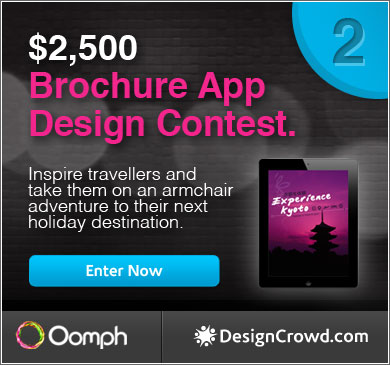 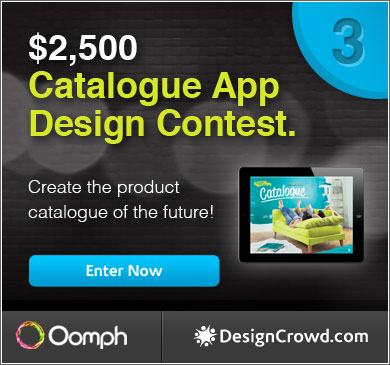 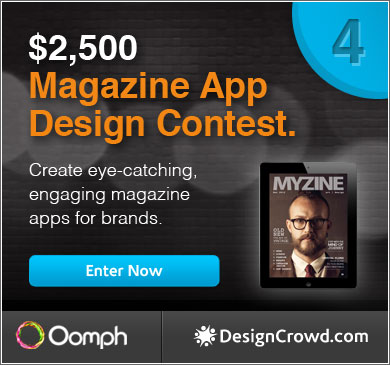