Colors add life to designs. Every color has its own symbolism and conveys a particular meaning. To create a successful brand identity it is very important that the logo of the business uses the right color to represent itself. Contrary to popular belief, the color of logo doesn’t only serve the purpose of attracting clients. It also speaks volumes about the brand’s objective and vision. Therefore, colors can’t be chosen at random while designing a logo. A lot of research and thinking goes into it.

In this article, I will discuss a few such companies that have decided to choose the color yellow to signify their brand. Yellow generally stands for brightness and intellect. It is also associated to imagination, energy, optimism, glory and respect. Companies often use the color to generate a feeling of happiness and warmth. Let’s see how these businesses have used the color to convey their messages.

Royal Dutch Shell Group, commonly known as Shell, is a multinational petroleum company. It was created in February 1907, when Royal Dutch Petroleum Company merged with Shell Transport and Trading Company, based in U.K. Shell is presently listed as the world’s eighth largest corporation and operates in over 140 countries.

The present Shell logo was designed by French based designer Raymond Loewy, who has also designed that BP logo. It has become so popular that it can also be recognized without the name of the brand. The use of the colors yellow and red enhances the beauty of the logo and makes it eye-catching. The logo effectively narrates the company’s corporate reputation and glory. 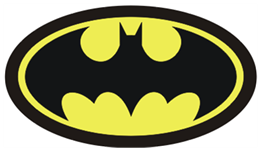 The character of Batman, originally referred to as ‘the Bat-Man’, was created by artist Bob Kane and writer Bill Finger. It was first published by the Detective Comics on May 1939. Batman became a popular character soon after his introduction and acquired his own comic book, titled Batman in 1940. Since then, Batman has been adapted into several media such as radio, television series, movies and also appears on a variety of merchandise sold all over the world.

The Batman logo is a dark oval shape, on a yellow backdrop that draws attention. The bat stands for the name of the superhero character. The inclusive oval shape also hints at the fact that unlike most of the other superheroes, he doesn’t have any actual superpower. He uses his own intellect, detective skills, physical strength and technology to fight against crime. These qualities are expressed by the predominant yellow color in the logo.

McDonald’s Corporation is one of the world’s largest chains of fast food restaurants. The company started functioning in 1940, when two brothers, Richard and Maurice McDonald opened a restaurant in San Bernardino, California. They introduced for the first time the ‘Speedy Service System’ in 1948, which now forms the basic principle of all renowned fast food restaurants.

The McDonald’s logo, famous as the Golden Arches logo, was designed by Jim Schindler in 1962. The logo merged two golden arches to form an ‘M’ that symbolizes the company’s brand name. The McDonald’s name was later incorporated to the logo in 1968. The yellow arches represent the grace and strong corporate identity of the business. 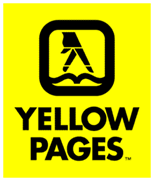 “Yellow Pages” refers to the telephone directory of businesses, arranged according to the category of their products and services. The first official directory was published by Reuben H. Donnelley in 1886. These directories are published on yellow paper, as the name suggests. This is contrary to the use of white papers for non-commercial directories. The name is now also suggestive of online business directories.

In accordance to its name, the Yellow Pages have selected the color yellow for its official logo. The choice is quite obvious as the color marks its distinction from other unofficial directories. The logo also consists of ‘walking fingers’, suggesting growth and advancement. It was designed by Henry Alexander, a well known artist of New England in the year 1962.

DHL Express is a division of the Deutsche Post DHL. It provides international express mail services. It was originally founded in 1969 to deliver documents between San Francisco and Honolulu. The company later expanded its services worldwide in the 1970s. DHL expanded its services to countries like Eastern Bloc, Vietnam and the People’s Republic of China that could not be served by any other delivery services.

The DHL logo uses an attractive combination of yellow background and red typeface. The yellow color represents the company’s speed, energy and vigor.

The Los Angeles Lakers are a National Basketball Association (NBA) team, located in Los Angeles. The Lakers are reigning NBA champions and their most valuable franchise. In 2010, they are ranked as the greatest NBA franchise of all time by basketball analyst and writer John Hollinger. The Lakers were founded in 1946 in Detroit, Michigan. The franchise later moved to Minneapolis and received its official title, adopted from the state’s nickname “Land of 10,000 Lakes.”

Best Buy Co., Inc. is a customer electronics retailer in United States and Canada. It also operates is other countries like Mexico, China and United Kingdom, etc. The company sells a wide variety of electronics merchandise like computers, video games, DVDS, mobile phones, digital cameras and other related products. Best Buy was named “Company of the Year” in 2004 and ranked in the Top 10 of “America’s Most Generous Corporation” in 2005 by Forbes magazine.

The company introduced its famous yellow tag logo in the year 1987. It has become a celebrated icon and is synonymous to low cost and customer friendly brand strategy. 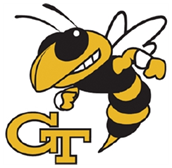 Georgia Institute of Technology, commonly known as Georgia Tech, is a research university in Atlanta, Georgia, in the United States. It was founded in 1885 and is most recognized for its degree engineering, computing and sciences. It focuses on advanced technological and scientific research.

Buzz, one of the two official mascots of Georgia Tech was invented in 1972 and reinvented in 1979. Buzz is represented as a stylized yellow jacket with yellow and black fur, white wings, a yellow head and antenna. He is attributed with human arms and hands. Buzz reflects the tradition of referring the Georgia Tech students and sports teams as “Yellow Jackets” in the 1890s. 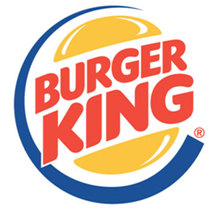 Burger King is a global chain of hamburger fast food restaurants, headquartered in Florida, United States. The company started as Insta-Burger King in 1953 and later turned into Burger King in 1955, when it was purchased by two Miami-based franchises. Burger King has more than 12,000 outlets in over 73 countries and is renowned for its hamburgers and whooper sandwiches.

The original Burger King logo launched in 1996 was known as “Bun Halves”. It featured the name of the company, sandwiched between two bun halves. The red and yellow combination in the logo was meant to attract people of all age groups and stimulate their desire for fast food. This logo was replaced in 1999 and a blue swirl was added to it. The new logo tilts the buns and the font and has a more circular appearance.

Subway is an American restaurant franchise that is owned and operated by Doctor’s Associates, Inc. The first Subway outlet was opened in 1965 by Fred De Luca. Today it is the largest global single brand restaurant chain and the second largest restaurant operator after Yum! Brands. It is famous for its submarine sandwiches, salads and personal pizzas.

Subway introduced its combination of white and bright yellow logo in 1974. After 2002, the logo changed its yellow tone to a slightly greener shade. They also added the slogan “Eat Fresh” to it. The yellow logo refers to the freshness of Subway products and the green shade appeals to the company’s health conscious customers.

Vineet Kothari is CEO of MyCorporateLogo.com, a business logo design and website design company offering affordable business logo design prices.  Vineet graduated from the University of Pennsylvania’s Wharton School of Business and has worked in the digital design industry since 2005.