How Free Apps Can Prove To Be Beneficial

Twitter, Facebook, several other social networking sites, news channels and portals, game developers have all expanded their business by launching apps for smartphones. Today, you do not need to be an expert to realize the importance of apps for your business. Almost every Internet-savvy person uses a smartphone and where there are smartphones, apps are a necessity. Of course, apps are commonly found for desktops too but together they have been taking the market by surprise. Though it is understood that apps are a must for several businesses, developers have a tough choice to make – whether to launch a free app or a paid one.

It is generally understood that while paid apps add to the revenue of a business, free apps add to the visibility. While both revenue and visibility are essential requirements for any business, striking the right balance can get tricky. Free apps are more frequently downloaded than paid apps. Psychologically we naturally get attracted to free products and getting attracted towards free apps is not surprising. Research shows that both in Android and Apple platforms free apps are downloaded more. According to a study done by Cambridge University, 20 per cent of the free apps available on Android are downloaded more than 10,000 times, while only 0.2 percent paid apps are downloaded the same number of times. Moreover, 73% of the apps on Android come free.

Thus it can easily be concluded that developers have to concentrate more on free apps than on paid apps. But if this is so, how does one can earn revenue from these apps? Moreover, is there any guarantee that among the galore of apps already available on every smartphone and desktop platform, how can one promote the app and get suitable recognition out of it? 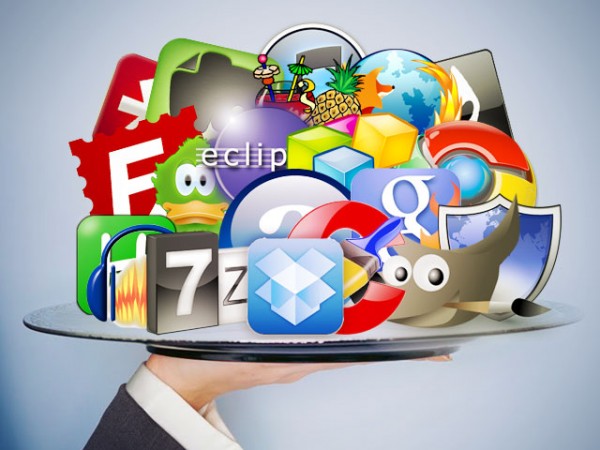 Great For Promoting Businesses, Adding To The Brand Value

Recognition is one of the driving forces for any industry. Without visibility and promotion no business can survive today. Application development is just one of the ways of promoting yourself as a brand. Launching apps for smartphones and desktops can help you etch a mark in the user’s mind. Once you can successfully promote yourself as a brand, you can literally go places with the app. Angry Birds, the now cult gaming application developed by Rovio Entertainment, has become a brand benefiting the makers largely.

It should not take a scientist to tell you that more downloads would mean more usage. When more people start using the app, your brand will become more popular. When a user downloads an app, he would post a comment (in most cases positive ones). When more and more new users read such comments, a chain reaction will emerge which will induce others to download the app.

If revenue has been continuously worrying you, you need not worry any more. More downloads will attract more advertisers bringing along greater ROI. Mobile advertising is the next big thing in advertising and it is been taken very seriously by  advertisers. There are mobile ad networks you can get associated with, driving in more ads. InMobi and AdMob are two of the most common ad networks.  Initially you may face difficulty getting more CPMs (cost per thousand impressions) but once you get going there is no stopping you. You can also take the help of rich media ad networks such as GreyStripe. This sort of ad network helps catch and sustain user interest. Attractive ads are a part of such networks thus appealing to more users.

You Can Later Offer Paid Versions

Once you establish yourself as a brand by launching a free app, you can release a premium version that will come at a price. In the premium version, also known as, pro versions, you can upgrade some of the features of the app and improve its quality. While the free app will help users understand the app better, the paid version will assure them that they are investing on something they have tested. When you launch a paid version of the app, you can incorporate in-built smartphone features that will further attract the user to pay and download the app.

Easy To Obtain Sponsorship For the App

There are many companies looking for ways of entering the application market. While they can develop their own apps (which can be a costly affair), they can also associate themselves with a popular app. This kind of association helps both the parties, as the app developers earn revenue and sponsors earn a name. As app developers you can always lookout for such sponsors. Many times you wouldn’t have to look too far as sponsors would be there within your city only.